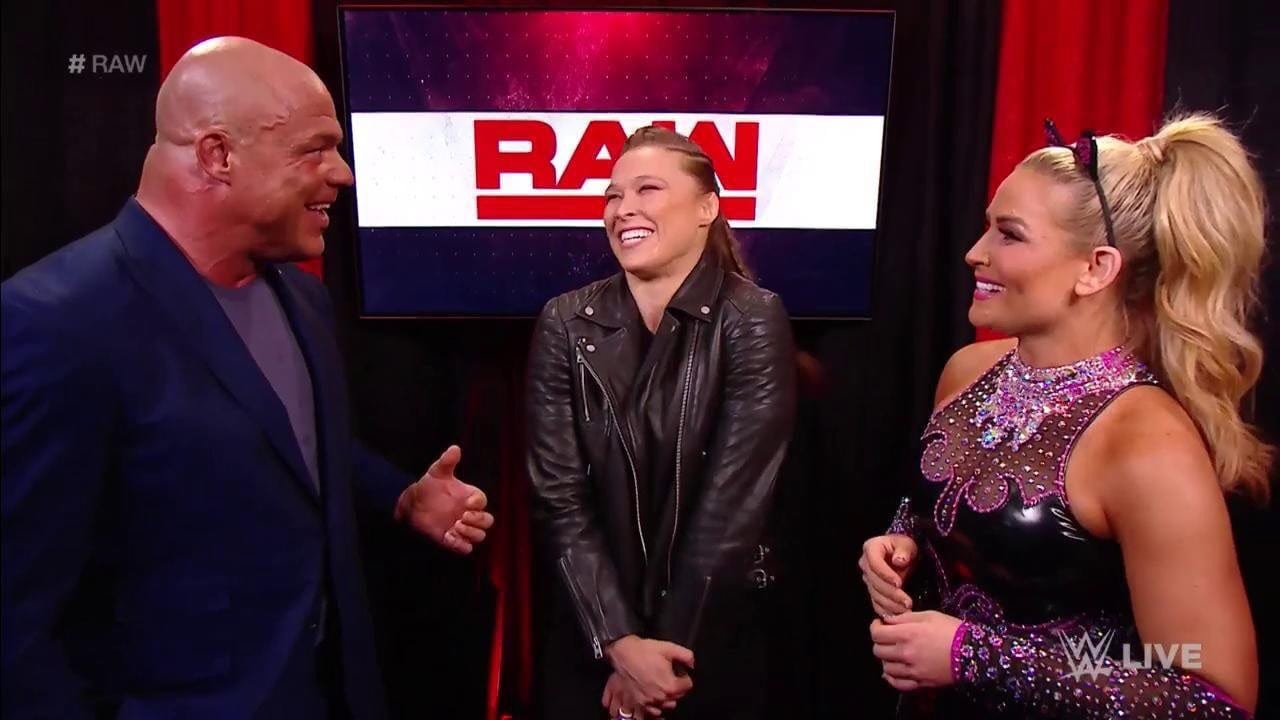 Ronda Rousey and WWE are still going strong so she will naturally need some new people to deal with now that she seems to be done with Stephanie McMahon for now.

Natalya was brought over to Raw during the Superstar Shake-Up and immediate attention was brought to the fact that she has a history with Rousey.

Dave Meltzer said on Wrestling Observer Radio that it looks like those two will be paired up with Natalya probably turning on Ronda Rousey along the way setting up a match.

The two are old friends and really did train together years ago when Nattie, Nikki Bella, and Charlotte Flair all went down to Southern California to train with Ronda and Shayna Bazler just so they could trade some pointers.

It was also noted that because of their friendship then Natalya would be an excellent person for Ronda to work with as her first regular opponent because Nattie has a really good read on Rousey’s wrestling abilities as well.

“Natalya’s probably a really good first program to do it with because they’re comfortable with each other, they know how to work with each other. I mean they’ve worked enough with each other that Natalya has a better read on Ronda’s wrestling strengths and weakennesses than almost any other woman on the roster. And it was made pretty clear from the start with Natalya going over. So in that sense, It’s a positive [for Natalya] I mean protecting Ronda Rousey is one of the main things that they’re gonna be doing over the next year.”