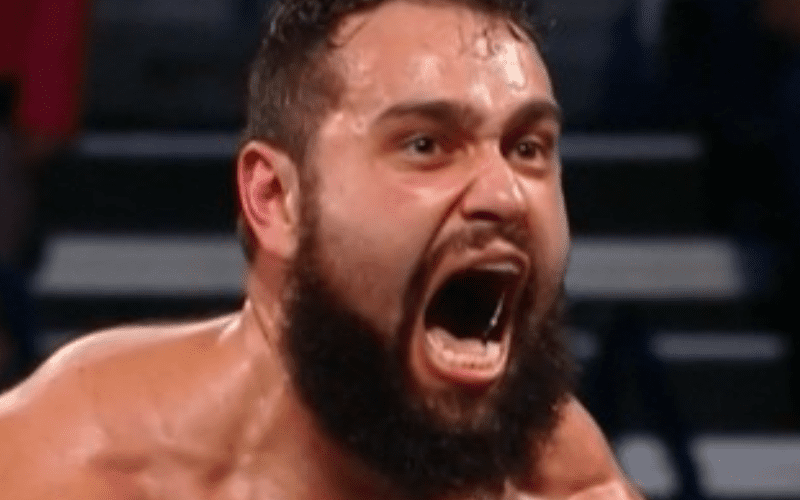 Rusev had a match scheduled against The Undertaker at the Greatest Royal Rumble until Lana apparently said she didn’t want her husband in a Casket Match against the Dead Man in Saudi Arabia.

This strangely happened after TMZ caught up with Lana and Rusev where Rusev alluded to the fact that The Undertaker is old and past his prime. Chris Jericho was put in Rusev’s spot for a few days until the Lion Of Bulgaria was finally put back in his initial spot once again.

This makes little sense to a lot of people but Brad Shepard of Bodyslam.net had an explanation of why Rusev was taken out of the match in the first place.

“A source in WWE told me that somebody in the office was definitely rubbed the wrong way by the initial comments Rusev made to TMZ (where he referenced Undertaker as being old). WWE is very sensitive to the potential of offending old timers they realized Undertaker wasn’t offended. They put Rusev back in the match.”

So it looks like this was a case of WWE playing it safe until they realized that The Undertaker didn’t care what Rusev said on TMZ and then the match was suddenly back on and Jericho was out of the match just as quickly as he was put in.