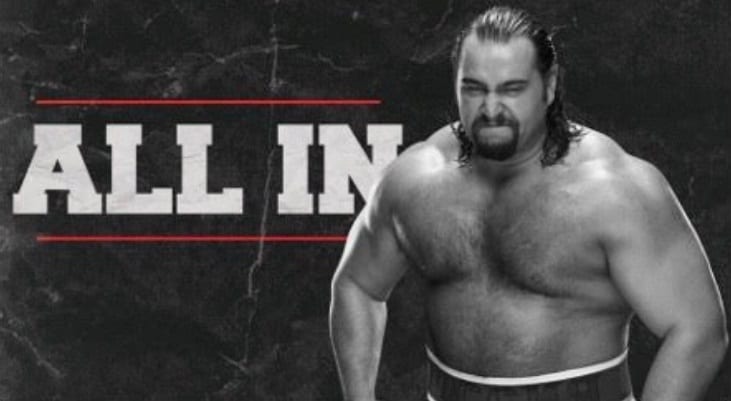 Rusev’s WWE status has been the subject of a lot of conversation recently. There were rumors that he wasn’t very happy with his current position in the company and asked for his release.

A couple of days ago a picture started making the rounds that supposedly showed that Rusev had posted a picture of himself with the All In logo behind him signifying he was going to be performing at The Elite’s big Chicago show. But at this time he is not All In.

There are actually a couple different designs floating around featuring Rusev in front of the All In logo but they are all fake. Although they might look convincing especially the one that appears to be tweeted out by the Bulgarian Brute, this is just another combination of creative fans and wishful thinking. 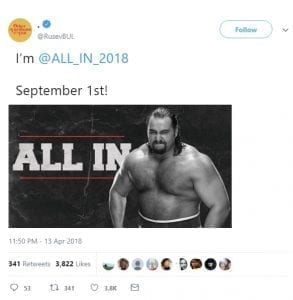