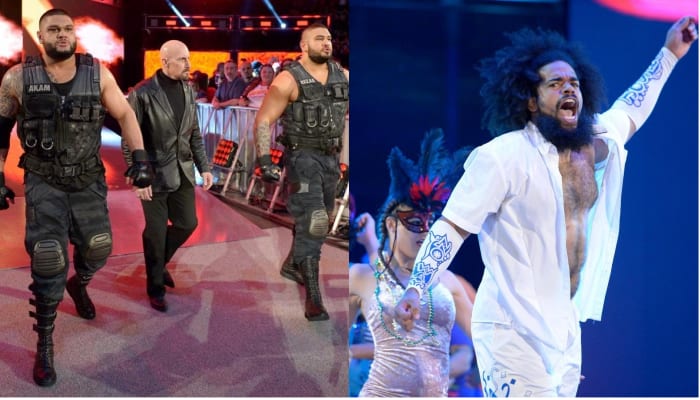 Even though a Superstar might receive their big call-up doesn’t mean they’re gone forever from NXT. Most NXT stars wrap up a few more dates before their full-time main roster career begins. No Way Jose and Authors Of Pain both popped up on Raw and made a big impression upon their debut. But that didn’t stop them from appearing at the NXT house show in Cocoa, Florida on Saturday night.

The Authors Of Pain teamed with Jessie Elaban to take on Cezar Bononi, Andrian Jaoude, and Taynara Conti. There was a huge pop for AOP when Jessie Elaban announced they would be her partners and they went on to win the match which should go without saying.

No Way Jose also showed up at the NXT house show where he faced EC 3. The new Raw Superstar defeated the former TNA World Champion after a pop-up punch and the crowd ate it up as well.

But don’t expect to see AOP or No Way Jose in NXT for long because it will only be a matter of time before they’re exclusively touring with the main roster for whichever brand they end up in after the WWE Superstar Shake-Up.

Making a special guest appearance at #NXTCocoa the Authors of Pain! AoP! pic.twitter.com/MdTr8lx1Vl

no way jose beat EC3 on his farewell tour. i am satisfied. #NXTCocoa