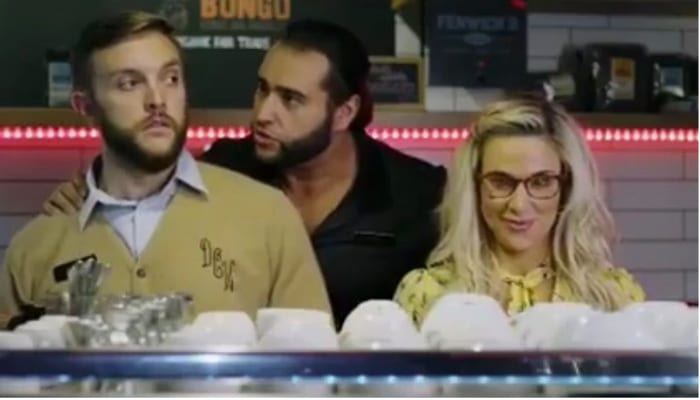 Rusev and Lana are very busy people. Lana is starring on Total Divas and Rusev is currently the figurehead of his own holiday. But the two are also trying to break into the film industry as well. Lana has appeared in a few films before but with Rusev by her side, she might find they make a great pair on the silver screen as well.

The Bulgarian Brute and Ravishing Russain have been promoting their upcoming film “Other Versions Of You” on social media and judging by the snippet Rusev recently uploaded to Instagram, it looks like this might be a movie worth watching.

In the scene in this preview, it looks like Rusev and Lana’s characters used to date and he’s not quite over her yet. It looks like it could be funny and might be the perfect film to watch during Rusev Day celebrations.