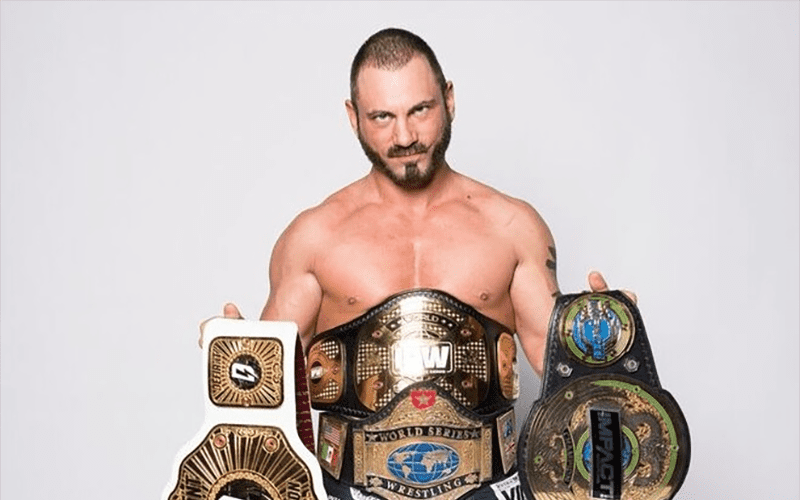 At this point, Austin Aries is the Belt Collector. It seems everywhere he goes that Aries is picking up another championship title and last night was no different.

Aries wrestled Shane Strickland for the Defy Championship on Friday night and it looks like this new title will have plenty of friends on Austin’s trophy case because he already has a lot of championship gold. It looks like he picked up this new title like a true heel too which only adds to his character’s momentum.

Who knows how long this is going to last for Aries? But in the meantime, he seems to be really having a lot of fun picking up title belts as he makes towns all over the place.

Austin Aries is your new #Defy Champion. They did two dusty finishes, on the third Austin low blowed Strickland and hit a brain buster for the win