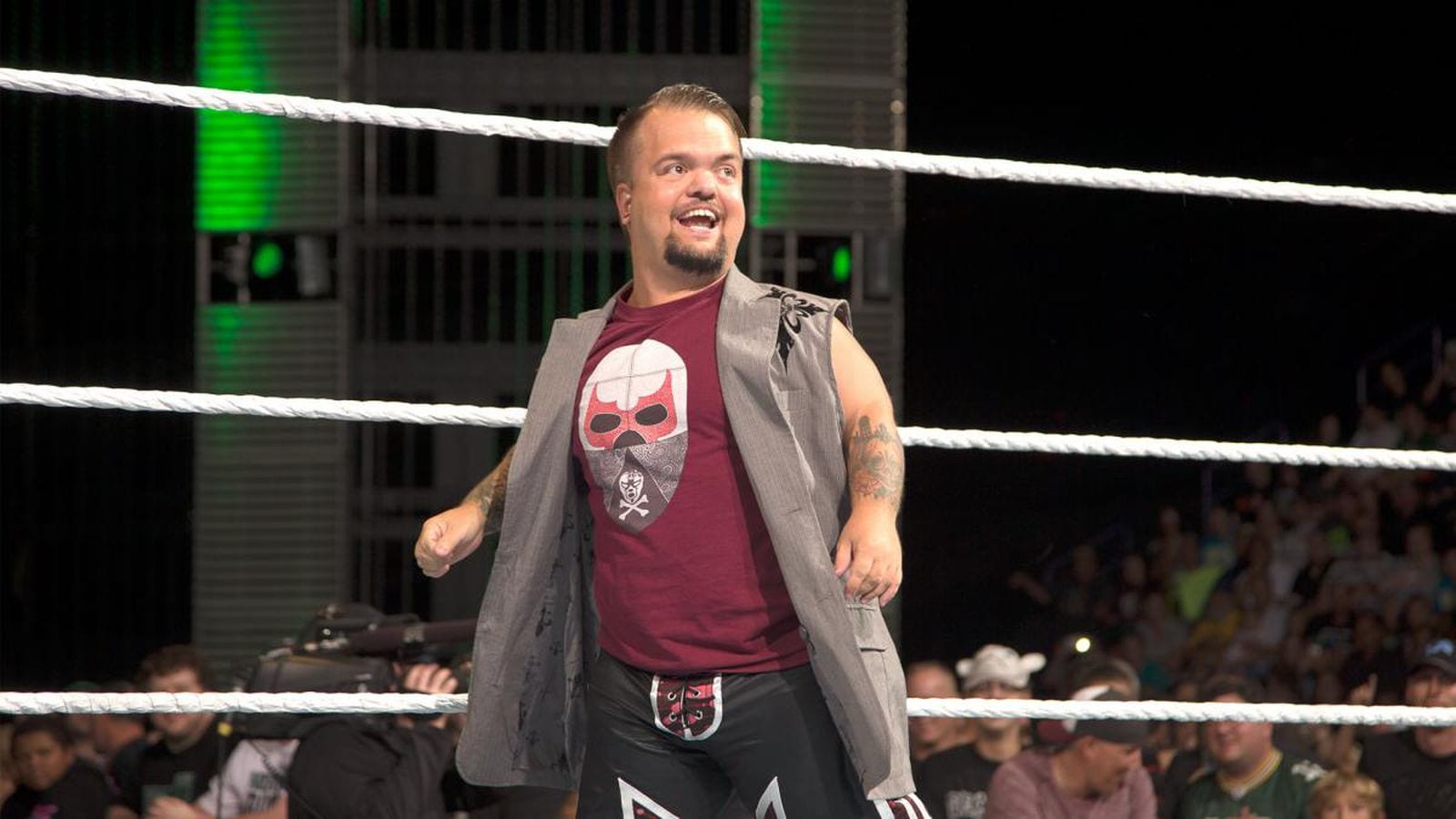 Hornswoggle is popping up all over the place in the indie wrestling world. But there was a much more controversial time for Swoggle when he was popped with a violation of WWE’s Wellness Policy.

But in all reality, Swoggle didn’t fail a test he simply couldn’t supply a sample in sufficient enough time to appease the testing protocol.

Although this violation of WWE’s Wellness Policy might have hurt at the time which caused a suspension, the former WWE Cruiserweight Champion opened up to Uproxx about how that event affected him in a much more personal way.

“I say it all the time. That’s the one thing I’m sour about is how they all handled that, just [me] not being able to piss, and how they handled the whole situation. But it’s in the past. I’ve moved far on from that. I just hated like … I had a Tinder date one time, and after that she looked me up; she Googled me. And it was of the first things that came up. And I was like … She goes, ‘Oh, you like doing like … You a big drug guy?’ I go, ‘No. I just couldn’t piss.’ She goes, ‘Oh, okay.’ I was like, ‘I legitimately couldn’t piss.’ So, that’s what it’s … It’s ruining Tinder for me. Essentially, WWE’s drug testing is ruining Tinder for me. That’s the headline.”

It’s always a good idea to Google someone before you really get to know them. But it sounds like Swoggle had a pretty hard time dealing with some of the long-term ramifications of something sounding much worse than it really was.