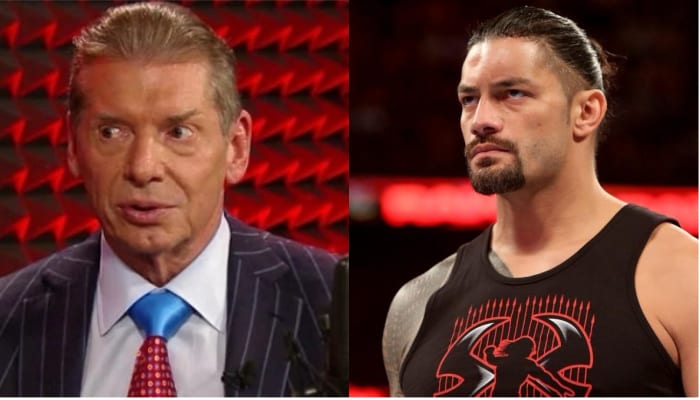 The story of Roman Reigns winning the Universal Championship from Brock Lesnar has been built up for a very long time. Some could say Vince McMahon wanted to crown Reigns years ago and this has been mounting for upwards of 4-5 years now.

This was recently discussed on Wrestling Observer Radio where Dave Meltzer shed some light on the fact that McMahon figured Mania wouldn’t be the warmest crowd but they had no idea it would be as brutal as it was.

“I don’t think they realized it was going to be as bad as it was when it comes to crowd reaction that the people weren’t going to care and all that. But they thought that by telling everyone that Brock didn’t care that Roman would become a defacto face but what they didn’t realize was what was going to happen was the crowd would reject both of them. So it wasn’t the atmosphere to change the championship so in a sense. You know but that decision was made before they figured that all out.”

“I think Reigns understood that and he realized it wasn’t the best night for him [at WrestleMania] and Saudi Arabia might be a whole lot better if it is Saudi Arabia [where Roman Reigns will win the Universal Title] and I don’t know that it is.”

Perhaps Reigns will board the plane back from Saudi Arabia with a new carry-on in the form of the Universal Title. But it can’t mean as much to him as it would have if he had won it at Mania. No matter what happens though, Roman Reigns is still going to be a top guy with a lot of money so we shouldn’t really feel all that bad for him. After all, his time will likely come, it just wasn’t his moment at WrestleMania.