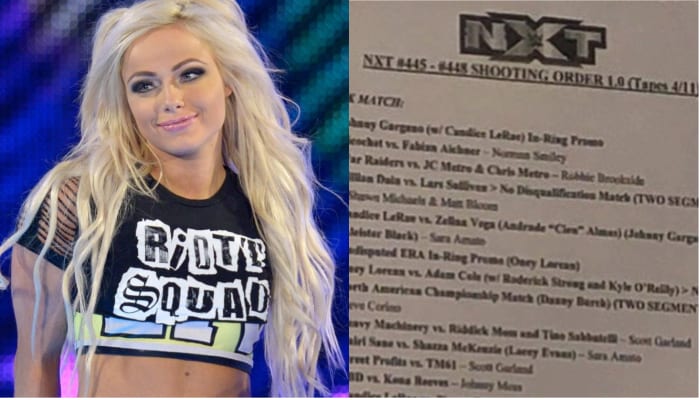 Liv Morgan is an NXT alum and now she’s making herself at home on the SmackDown brand as a member of the Riott Squad. Apparently, Morgan was at Full Sail visiting her old stomping grounds during the latest set of NXT television tapings. But she might have been a bit too comfortable while hanging out backstage.

Morgan sent out an Instagram story of the NXT television taping production sheet which listed all of the segments set to be filmed that night. You can also see the producers for each segment as well as other notes. It was quickly deleted but that didn’t stop someone from taking a screenshot and now it’s making the rounds on the interwebs.

This isn’t the best look for Liv Morgan, especially with the Superstar Shake=Up coming up that could effectively split up her Riott Suad compadres. After all, they weren’t featured on SmackDown Live at all this week.

On a lighter note, it’s really cool when stuff like this gets out there because it gives those who are interested a little insight into what goes down backstage. 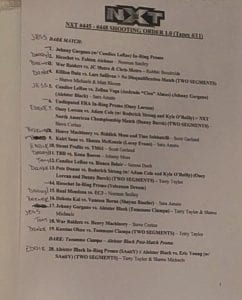