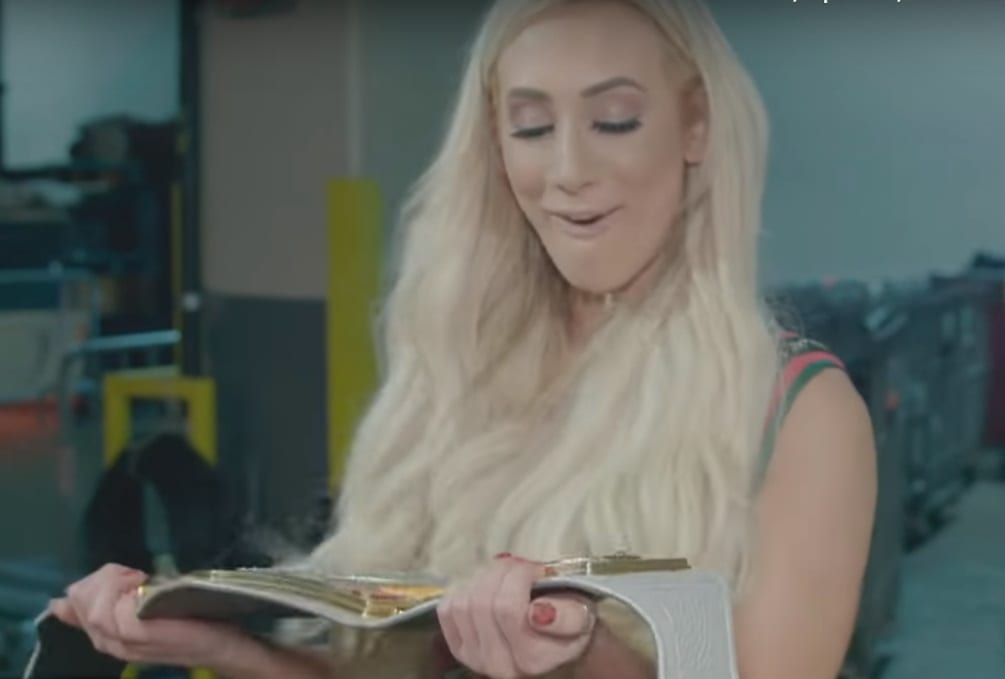 It’s almost like someone backstage in WWE already saw this one coming. After all, Carmella did hold the Money In The Bank Briefcase for long enough to give them plenty of time to get side plates made for her title. But when Carmella cashed in her contract and defeated Charlotte on the SmackDown Live after WrestleMania she was still pleasantly surprised to see she had her new belt ornaments all ready for her.

Carmella said she wondered what her side plates would look like if she ever won a title and there you go, she gets a “C” and her signature sneaker design on the other side.

The interesting part will be how long she can hold onto her SmackDown Woman’s Championship. After all, she will have to defend it way more times than she ever had to put her MITB briefcase “Frankie” on the line.

It’s a pretty big day for Carmella and even if you’re not a fan you should be happy for her because it could only be a matter of time before she’s moonwalking to the ring without a briefcase or a belt.

But in the meantime, Carmella wondered, “what is this life?” as she looked at her new personalized SmackDown Woman’s Championship.