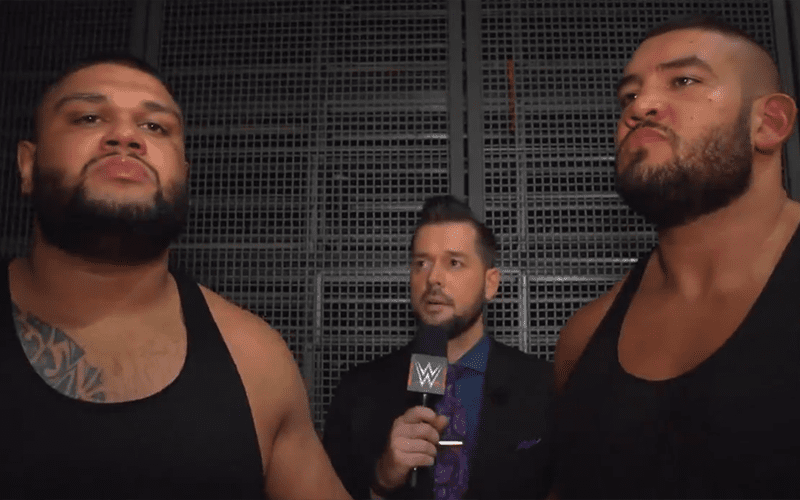 As seen on last night’s episode of RAW, former NXT Tag Team champions The Authors of Pain made their main-roster debut alongside their manager, Paul Ellering. However, after squashing Heath Slater and Rhyno in their first ever match on the roster, AOP possibly ditched Paul Ellering and walked away.

In a backstage interview, Ellering confronted Akam and Rezar to seek answers for their actions. Ellering claimed that he was the one who developed strategies for AOP to win the Dusty Classic and the NXT Tag Titles.

However, Rezar interrupted him and said that it wasn’t about him. Rezar went on to say that Paul Ellering’s chapter has ended in NXT.

This might be the official break-up between the Authors of Pain and Paul Ellering.

Do you think AOP can thrive without Ellering by their side? Tell us in the comments below…