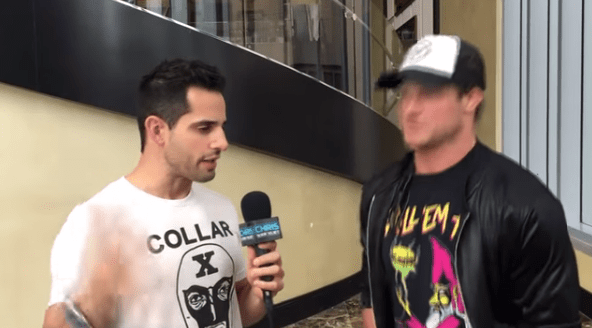 A few days ago, the Show-Off Dolph Ziggler made it pretty clear that his rumored $1.5 million dollar contract signing with the WWE was entirely fictional. With WrestleMania taking place this past weekend, and Ziggler focused on the Andre the Giant Battle Royal, he hasn’t really had a chance to fully address these rumors…until now.

In an interview with WSVN-TV Entertainment Reporter Chris Van Vliet, Dolph tells an interesting story about how he found out about his fake contract information leaking.

My father called me to congratulate me on my deal that I had re-signed and I said ‘What are you talking about?’ It’s fun to have Internet rumors out there, but even if and when I do re-sign I won’t be like ‘Hey everybody, here’s the details of this contract’. There’s a short amount of time left on this contract, we’re negotiating and we’ll see what happens.

Dolph goes on to address his most recent U.S. title run, his 90 second appearance in the Royal Rumble, and how his career could have been different if NXT were around. Watch the full interview below.