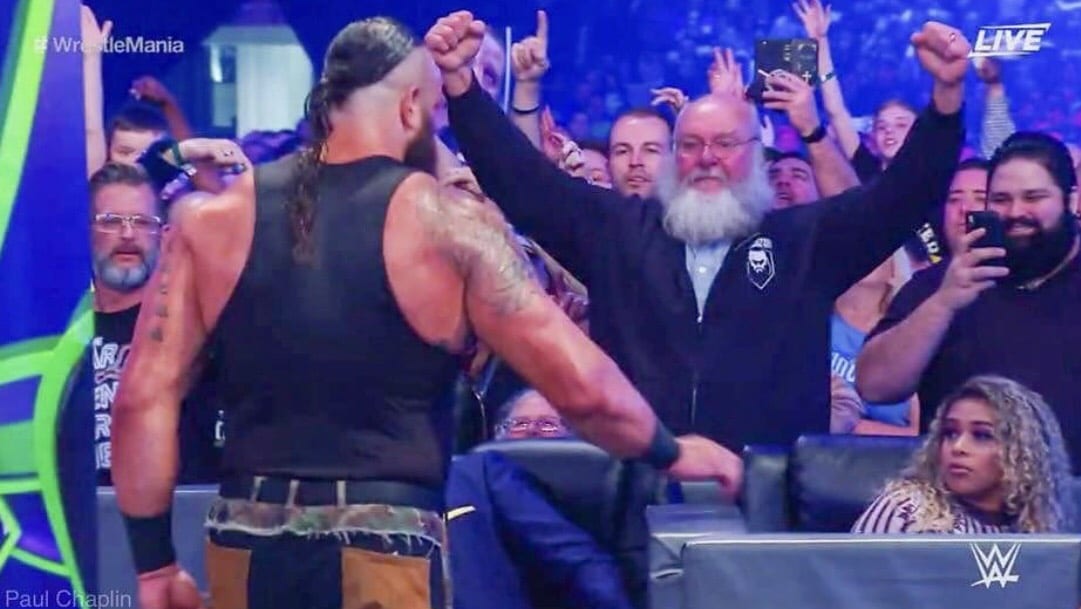 Strowman had an amazing night in New Orleans for WrestleMania 34 although he and Nicholas needed to vacate the Raw Tag Team Titles on the next night due to the fact that Nicholas had other commitments because he is in the 4th Grade. But the Grandest Stage Of Them All was that much more excellent for Braun Strowman because he made sure his parents were right up front so they could watch him perform on the big stage.

The Monster Among Men showed a little bit of his softer side when he sent out an Instagram message about how much his parents being there meant to him. He said this was a moment he will cherish for the rest of his life which is totally understandable. It might not be Braun Strowman’s last WrestleMania but you never forget your first time.

Words can not express what this picture means to me and what that moment meant. To have my mom and dad and one of my best friends ring side to see me take my first #Wrestlemania moment to date is the greatest things I’ve been able to do in my life!!!!! Thank you to all my fans that made this so special and thank you Nicolas for memories I will cherish for the rest of my life. #blessed #humble #greatful #ThankYou #wwe #braunstrowman #themonsteramongmen #ILoveMyJob #OneLuckyCountryBoy