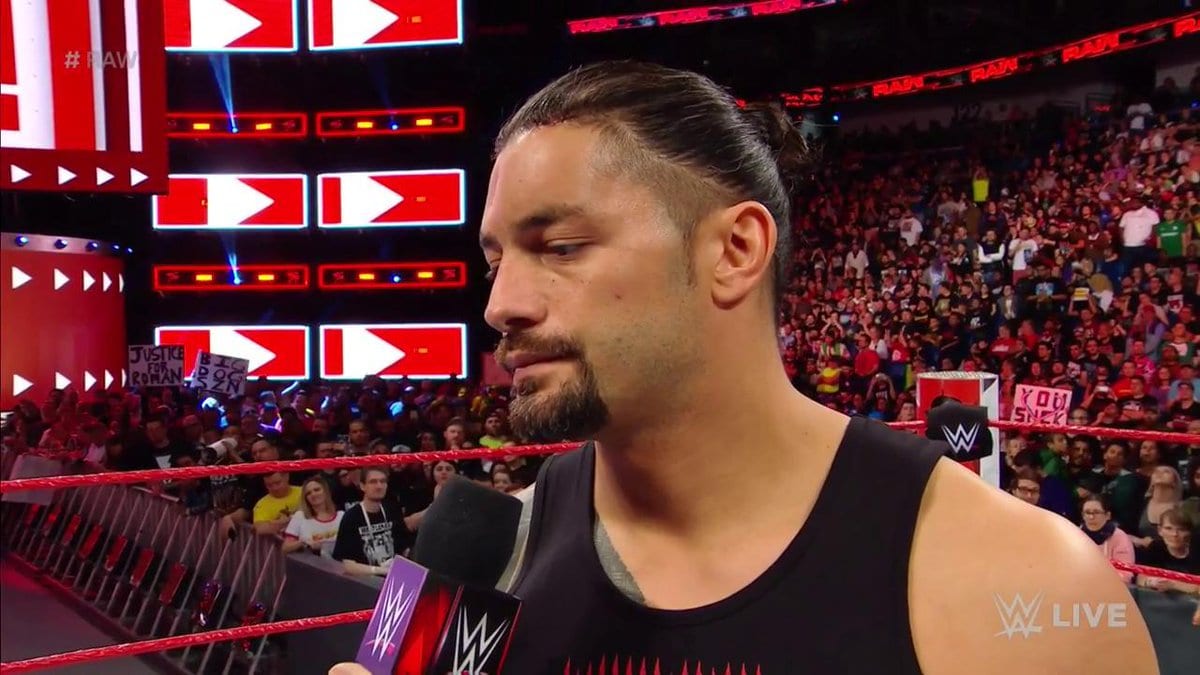 Roman Reigns lost at WrestleMania 34 when everyone else was certain he was going to win. Now it looks like he’ll get another chance in Saudi Arabia but that might not have made him too happy to hear about either.

During the Raw after WrestleMania, Reigns came out and cut a pretty serious promo about not knowing what was going to happen during his main event match at Mania even after Vince McMahon looked him in the eyes.

But in all reality, not many people knew this was happening at all as Dave Meltzer explained on Wrestling Observer Radio. Therefore, Reigns’ promo could have contained a huge helping of reality along with his scripted message.

“I mean literally, nobody backstage knew that he was going to win. The referee was told during the match to count to three, so he knew Lesnar was winning but not until he was actually in the ring and the match was going on so that tells you how far they went with this one. But year everyone else thought Roman Reigns was going to win.”

“Roman Reigns did a promo on Raw and I don’t know exactly how much of a shoot that was when he was talking about not knowing and Vince McMahon not looking him in the eye and all that but it’s obviously a promo because they want you to know. It was a promo to make you read between the lines.”

It looks like this whole Reality Era might be getting the best of us if WWE keeps playing things like this. Because at this point it’s hard to tell what’s really happening right in front of our eyes.