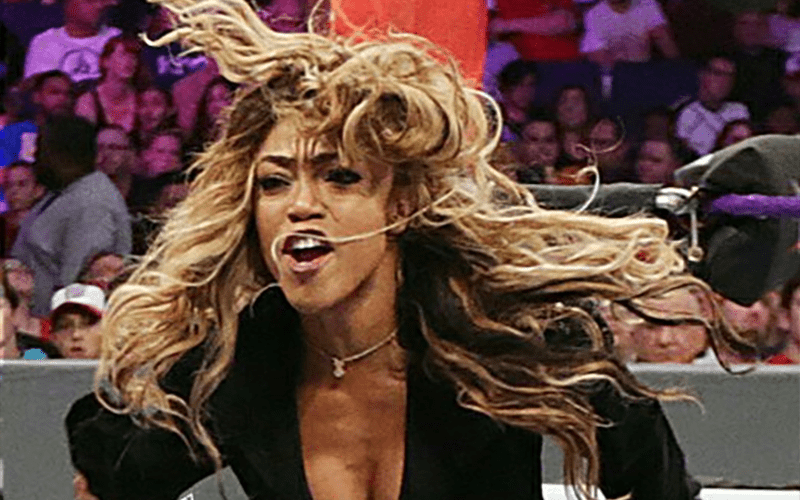 Alicia Fox might have bitten off more than she can chew at this point. She had a confrontation with Travis Browne in NOLA this weekend and it was caught on video for all to see. Now it looks like she might be in some hot water with WWE which was to be expected seeing how Browne is not only a UFC Heavyweight but also Ronda Rousey’s husband.

They brought this subject up on Wrestling Observer Radio and Dave Meltzer had some interesting revelations on the matter. Apparently, Foxy was told she didn’t have to show up to WrestleMania. She wasn’t cleared to wrestle again since her tailbone injury in January so she wouldn’t be competing. But it’s an awfully interesting turn of events seeing how Ronda Rousey and likely her husband were backstage at the show.

Meltzer said it all went down around 2:30 am on Sunday morning while Bryan Alvarez said what he heard since he stuck around for Mania while Meltzer went back home.

“What I heard was that she was pulled away and [Fox] was baffled everyone was baffled and then she was taken away. And then I heard two versions of what WWE [told her]. She was not cleared so she wouldn’t have been in the Battle Royal anyway she wasn’t cleared to wrestle. So one person said that they told her ‘don’t come to the building today.’ And the other person said they told her ‘you don’t have to come to the building today.’ One seems much more serious than the other.”

“But because this is Ronda Rousey’s husband and it happened I don’t think it’s a good thing. But I don’t know what’s going to happen but that’s what happened with her.”

So yeah, Alicia Fox might have finally had her crazy get the best of her.