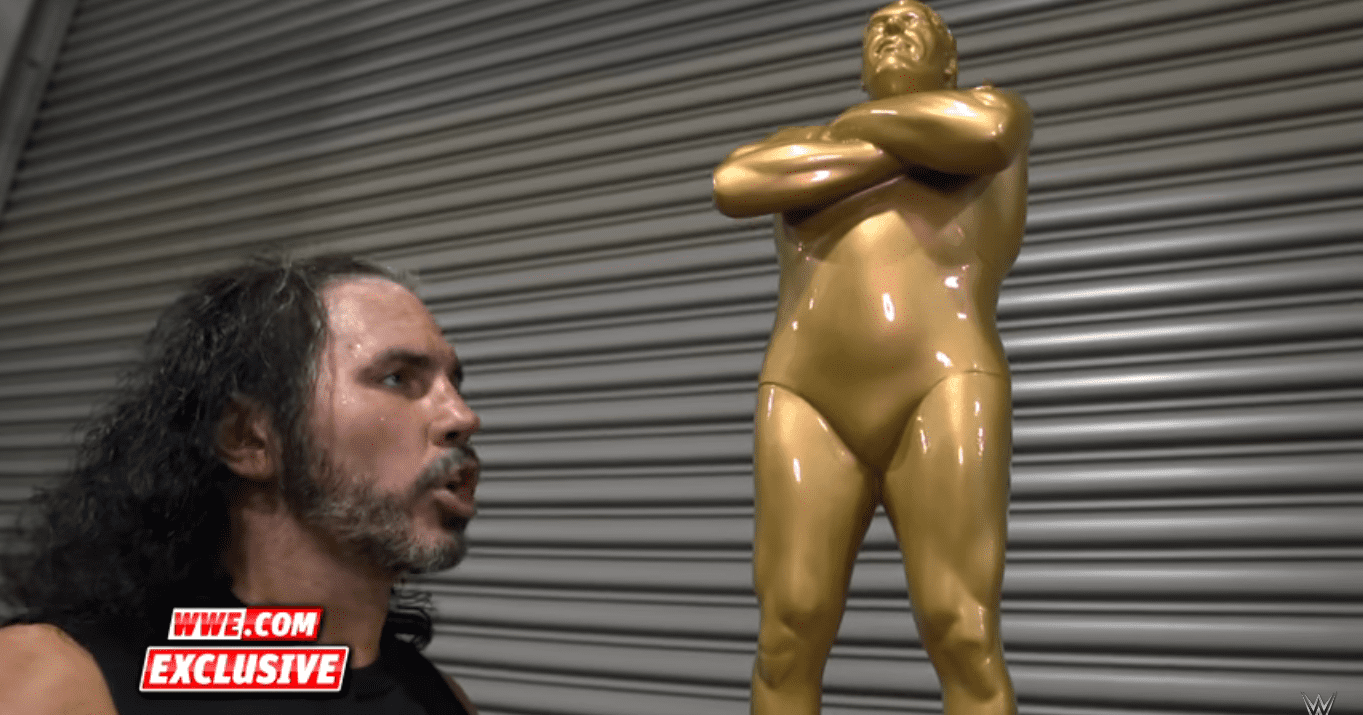 As seen at last night’s Wrestlemania kick off show, Matt Hardy won the Andre The Giant Battle Royal with an assist from a returning Bray Wyatt. After the match, Wyatt and Hardy hugged each other and celebrated in the middle of the ring.

In a backstage segment after the match, Hardy was seen talking to the trophy of the battle royal once again. Hardy thanks Andre for advising him to “procure” victory in the Battle Royal and even goes on to say that he is the wisest soul he has ever met.

Furthermore, Hardy claimed that Bray Wyatt is too powerful for “those men” (Baron Corbin and Mojo Rawley) to manhandle him. He says that Wyatt sacrificed himself on purpose.

Hardy says Wyatt martyred for him because he had previously DELETED his darkness. After saying this Hardy welcomes Wyatt and the latter makes a brief appearance asking us to “Run”.

Here’s the full video of the backstage segment: