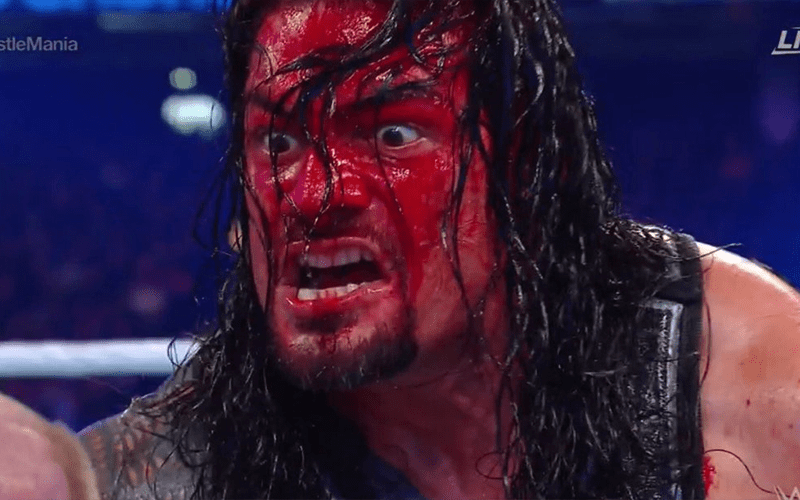 Roman Reigns was pretty banged up in his match against Brock Lesnar at Sunday’s WrestleMania 34 event.

PWInsider reports that he was attended to by doctors after WrestleMania 34 went off the air for a “long time” at the ringside area. In case you didn’t watch the match, Roman was busted open by Lesnar in the main event of last night’s show and there was a lot of blood.

Dave Meltzer mentioned on today’s installment of Wrestling Observer Radio that he’s not sure if Roman bladded or not.