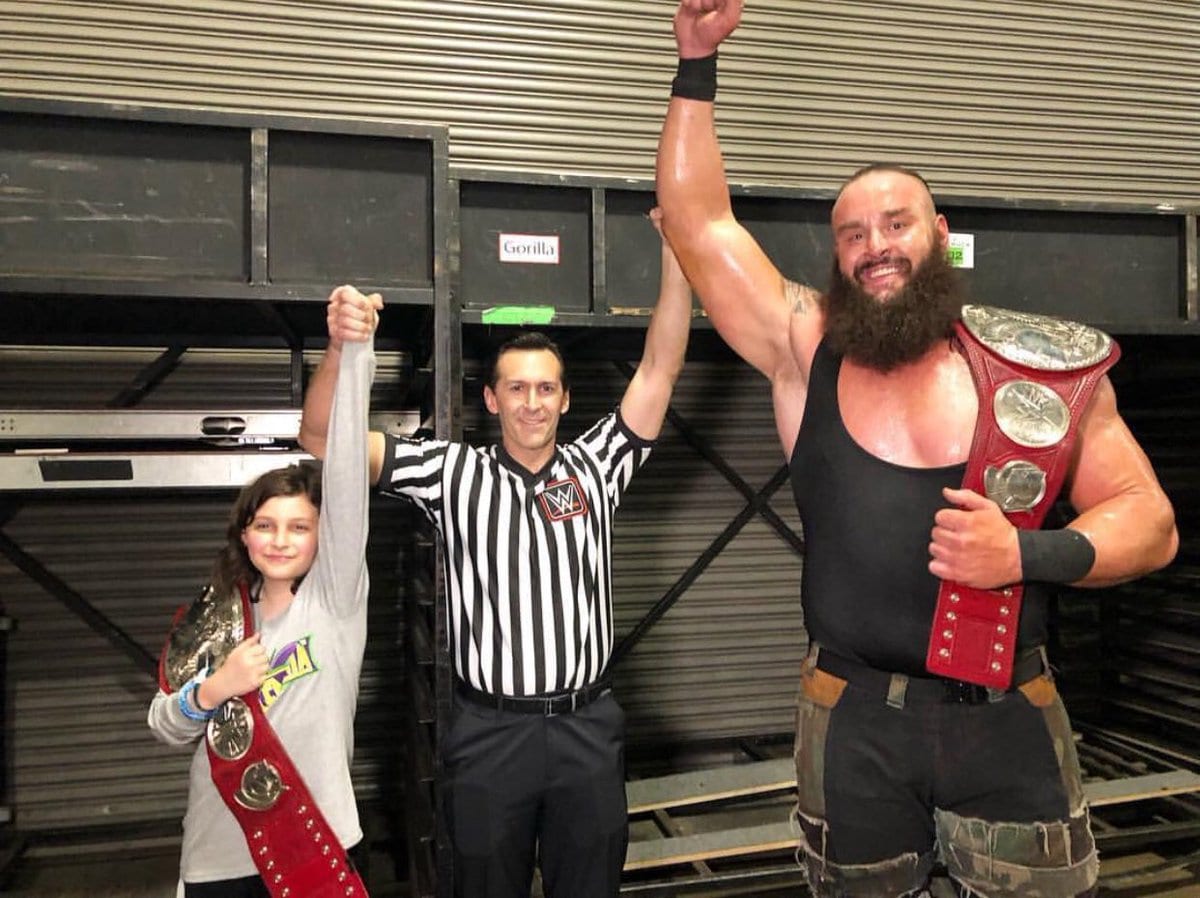 Braun Strowman has a new tag team partner and WWE has their youngest champion to date. It was a very surprising move that nobody saw coming.

As you can see, Braun Strowman led his new tag team partner backstage after their big match and Nicholas was quiet yet respectful. He should know how to act backstage after all because he grew up with the business around him seeing how he’s referee John Cone’s son. In fact, that’s his dad in the cover picture. So there’s a reason why people like Nia Jax seemed to be so familiar with Nicholas because he’s probably been around the backstage area a few times.

It was pretty cool how Nicholas got the entire WWE Champion treatment complete with a photoshoot. Those pictures will live on forever on WWE.com and will probably help him get some ladies later on.

Strowman was asked about his Mania choice and said he didn’t have a plan coming into WrestleMania. He did a lot of thinking while in the woods and something about the energy in the crowd felt right so he went out there and found a partner.

“It was good, I enjoyed it” Nicholas said. He also said he didn’t know what his friends at school will say but it will be interesting.

It is already plenty interesting enough Nicholas, I assure you.

EXCLUSIVE: Was picking Nicholas as his tag team partner @BraunStrowman's plan all along? #WrestleMania pic.twitter.com/b0I2hG1uKW