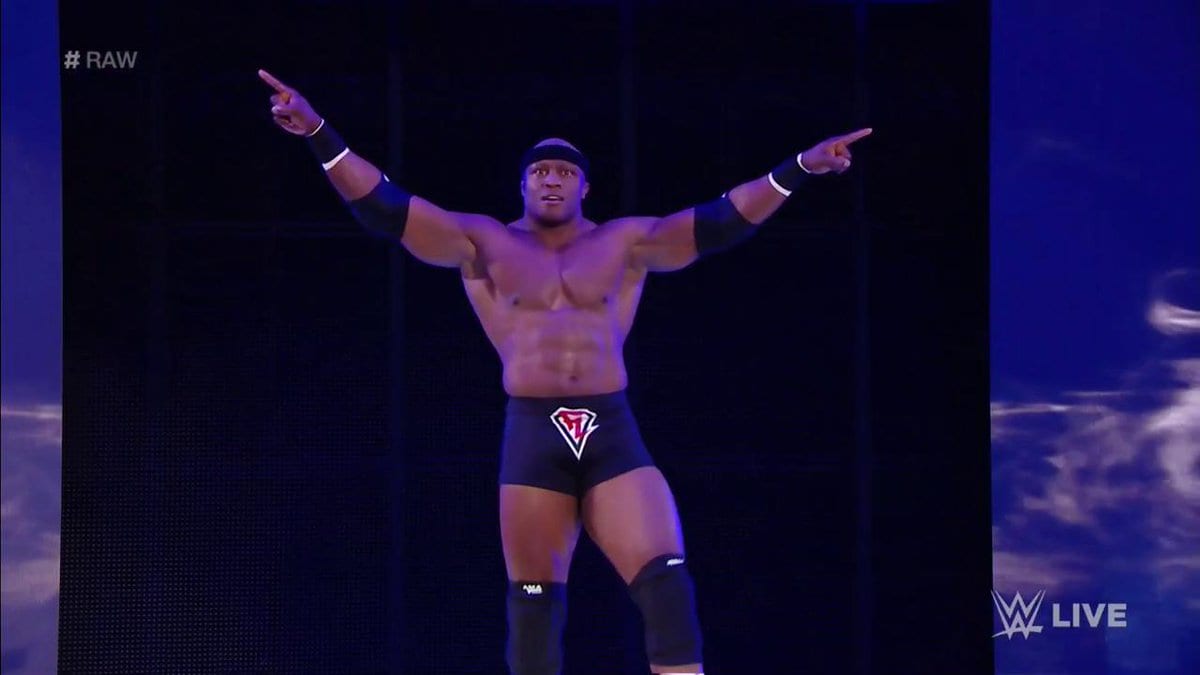 He might have bounced around for a while but Bobby Lashley popped back up in WWE on the Raw after WrestleMania in New Orleans.

It’s been a while since he’s been in WWE and the man once thought of as Brock Lesnar 2.0 now has a chance to take one the WWE once more.

It seems that Elias can’t pull off a full concert as Mania was interrupted by Cena and on the Raw after WrestleMania, Bobby Lashley came down to interrupt The Drifter.

Lashley looked great and started off his second run with WWE the right way. Let’s hope it works out well for him.

But really we should have seen this one coming because pictures leaked out online of WWE production crew members leaving Bobby Lashley’s graphics up on their monitors for all to see inside the Smoothie King Arena.