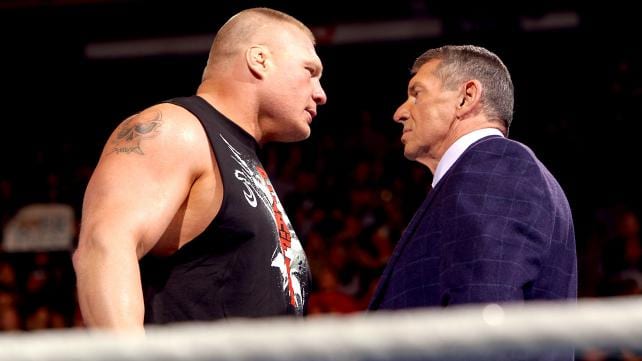 You never know what can happen in pro wrestling and apparently, Brock Lesnar might not have been in the greatest mood last night after he took Roman Reigns out with six F5s.

Now Brock Lesnar is still the WWE Universal Champion and his status with the company could be up in the air. Dana White actually said Lesnar is signed with both UFC and WWE right now which is extremely interesting.

Wrestle Votes reports that there was some kind of incident between Vince McMahon and Brock Lesnar last night after WrestleMania went off the air. It’s unclear exactly what all of this was about at this point but there’s likely going to be way more to this story.

All we know at this point was that something was said to Vince and it escalated quickly. But this kind of thing is usually never good to hear. It was said that there was yelling between the two of them and people stepped in but at this point, there are no further details although nothing got physical

So keep checking back and we’ll let you know what’s up as soon as we hear anything else.