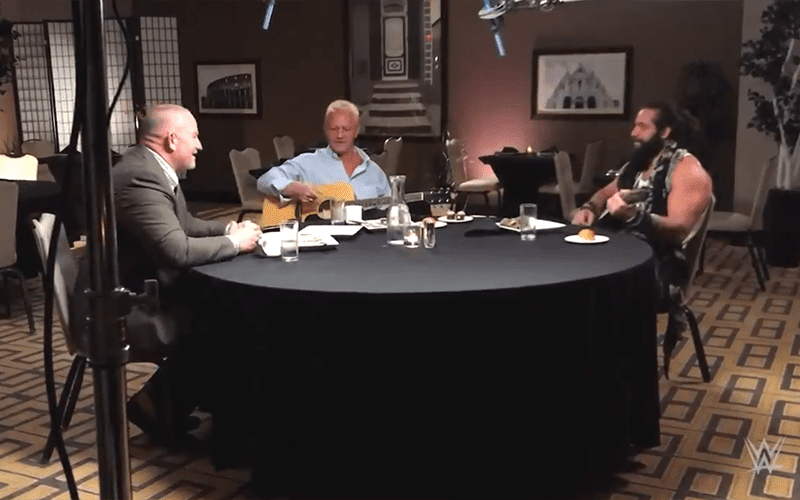 Elias is one of the hottest acts in the WWE today and there is no denying that. The Drifter has connected with the audience beautifully even though he made his debut only a year ago.

Interestingly, it seems like Elias has found some new musical friends with whom he has been jamming with lately.

WWE Hall of Famer Jeff Jarrett and Road Dogg have befriended Elias and have already jammed with him. The trio gave a private acoustic performance of Jarrett’s theme song in this new clip released by the WWE:

An EXCLUSIVE look at an acoustic performance between @IAmEliasWWE, @WWERoadDogg & 2018 @WWE Hall of Famer @RealJeffJarrett!

It was also reported some days ago that Jarrett and Elias could be involved in some kind of a musical WrestleMania segment alongside The Rock. However, those plans might have been scrapped now since Elias will be participating in the Andre the Giant Battle Royal.