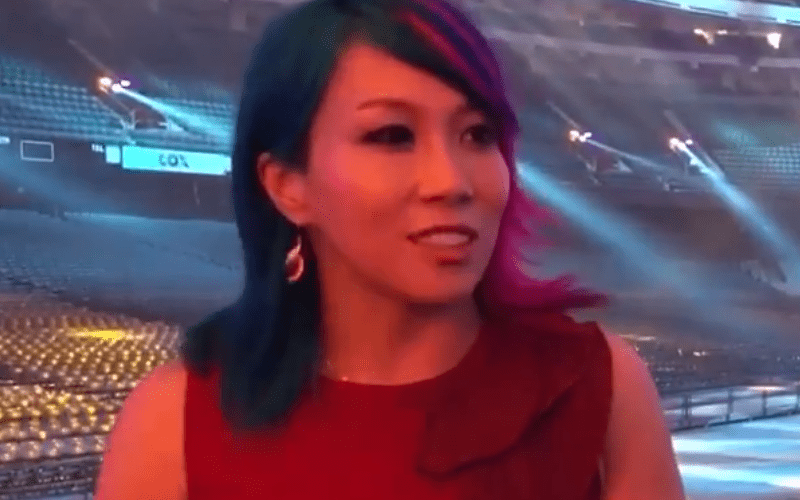 Not only that but she is also the winner of the first-ever Women’s Royal Rumble match and was also the sole survivor for the RAW brand at Survivor Series.

Therefore, based off of these achievements Asuka believes that Charlotte is the “underdog” in their match even though she is the champion. It should be noted that there have also been reports suggesting that Asuka’s streak might be coming to an end tonight.

Here’s the clip of Asuka’s comments on her match with Charlotte at WrestleMania:

What was it like for @WWEAsuka to stand next to her #WrestleMania opponent @MsCharlotteWWE during the @WrestleMania 34 set reveal? pic.twitter.com/uJLtm2tym8

Could Asuka’s epic streak end tonight at WrestleMania? Tell us your thoughts in the comments below…