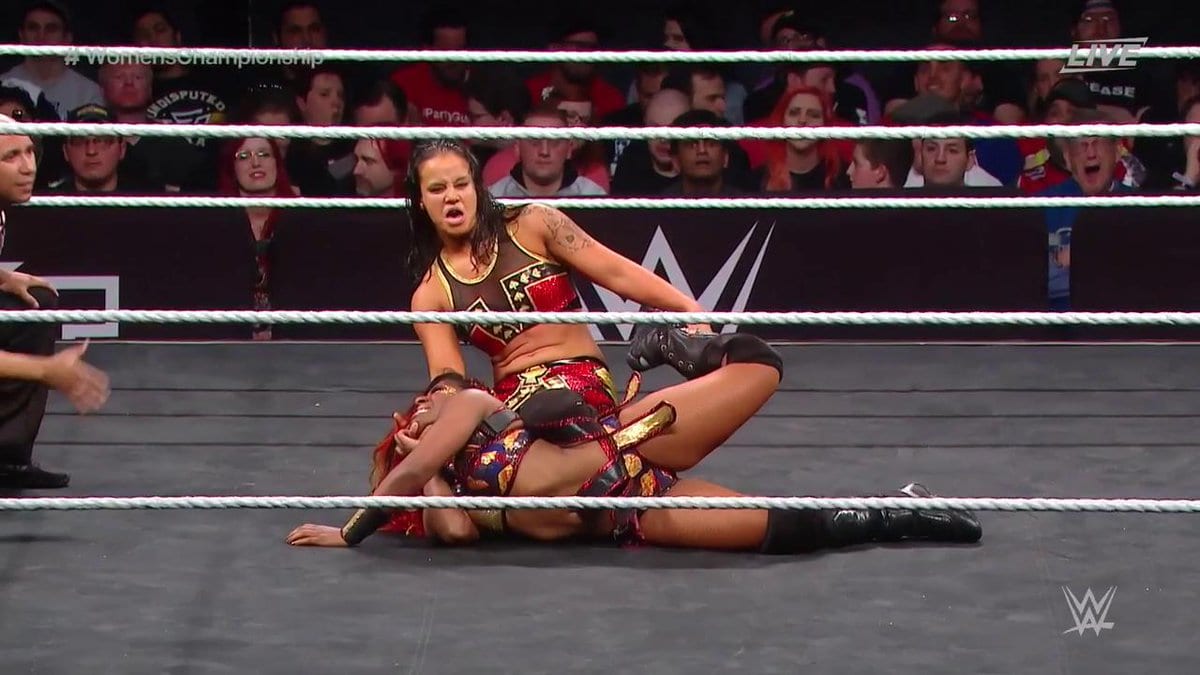 Plenty of people were talking about how Shayna Baszler won the NXT Women’s Title in New Orleans from Ember Moon. Those two women tore each other apart and told a good story.

But Bryan Alvarez said he felt Baszler should have defeated Ember Moon during their last encounter at NXT TakeOver: Philadelphia on Wrestling Observer Radio.

“To me Shayna isn’t a great wrestler and she’s not a great talker and what she had was a great aura and in hindsight even looking back from today to the last TakeOver. She feels today that she’s more just one of the roster than before she lost to Ember.”

It could be possible that the reason why NXT had Baszler lose her last match was so she had an actual loss on a special so they wouldn’t be possibly dealing with another ridiculous undefeated streak coming out of NXT. After all, WWE had a lot to handle when Asuka and her legendary winning record jumped to the main roster.

But one of the strongest parts of the NXT Women’s Title Match came when Shayna Baszler tried to pop her shoulder back in place by ramming it into the ring post. That move was tough as nails and a great piece of storytelling. But Dave Meltzer also discussed why the live crowd didn’t seem to be too into it.

It was noted that when Shayna had to drive her own shoulder into the post to essentially pop it back into place the crowd didn’t seem to get it. But they didn’t understand the spot because there was no announcer telling the story to them.

It was mentioned that this kind of spot and any of the emotional faces either woman made to tell the story of the contest was lost on the live crowd because all they saw was the larger action.

Therefore, if Mauro Ranallo’s voice was piped through the Smoothie King Center then people might have been a little bit more into this match. But all in all, Moon and Baszler were in a bad position being placed directly after one of the greatest multi-man ladder matches of all time.