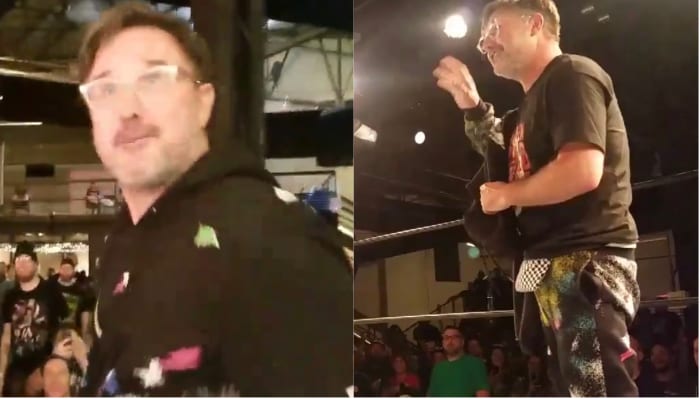 You never know what can happen in pro wrestling especially when there’s a former WCW World Champion in the crowd.

David Arquette was at the Pancakes And Piledrivers event during WrestleCon and he just couldn’t contain himself.

As you can see from the clip below the crowd didn’t know what to think when they saw the Scream star jump into the ring, but there isn’t much else anyone could do besides yell, “this isn’t WCW!”

I’m not here to judge someone’s promo abilities or sobriety but you can watch the clip and see for yourself because Arquette seemed a little out there. But maybe that’s just how he cuts a promo while leaving the crowd incredibly awkward in the process.

But after name-dropping, a bunch of people he’s worked with Arquette is apparently open to set another date to step into the ring because as he stated, he’s never been pinned before.