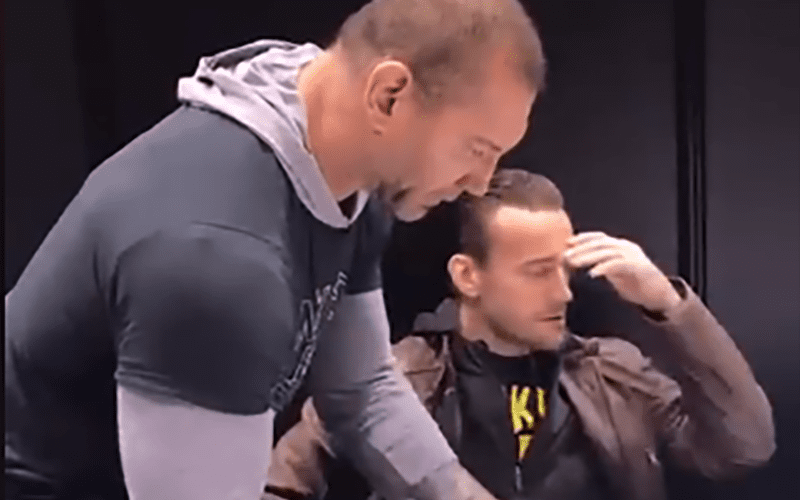 Former WWE Champions CM Punk and Batista reunited for this week’s Chicago Comic and Entertainment Expo. One of the people in attendance were able to get a video of the two fooling around.

It is interesting to see the two getting along so well given the fact that Batista’s booking was one of the reasons behind Punk’s departure from the WWE.

Batista gets ready for his upcoming Avengers film while Punk looks on to participate in his second match in the UFC.

What did you think about this hilarious reunion between Punk and Batista? Sound off in the comments below…