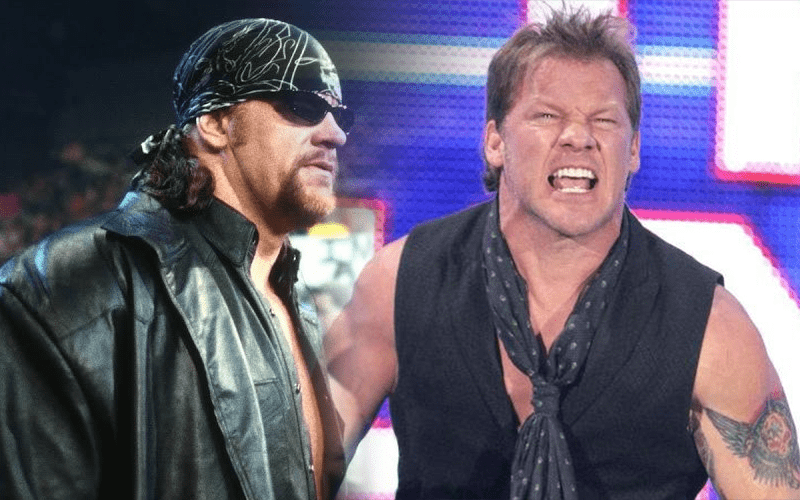 As of late, rumours of The Undertaker returning to WrestleMania as The American Badass have surfaced online. It also seems like the fans want to see the American Badass return over the classic “Deadman” character.

Six-Time World Heavy Weight Champion Chris Jericho was recently a guest on the Busted Open Radio. During the podcast, the Ayatollah of Rock n’ Rolla revealed which version of The Undertaker he would like to see at WrestleMania:

I am sure that the most hardcore fans expect to see American Badass but, in my opinion, thousands of attendees tomorrow at WrestleMania 34 will enjoy much more both the character and the entrance if the one who appears is the traditional Undertaker.

It’s hard to disagree with Jericho because fifty percent of the WrestleMania crowd consists of casual fans. Therefore, having The American Badass return instead of the Deadman would be a risky move.

Either way, we are going to see the Phenom appear at the Show of Shows against John Cena this Sunday.

Do you agree with Chris Jericho? Let us know in the comments below…