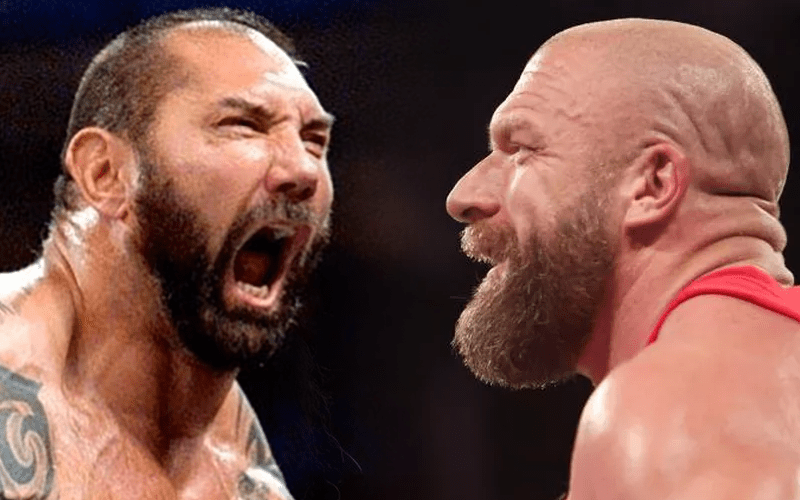 It was reported in the Wrestling Observer Newsletter this week that Batista was saying that he had a match at WrestleMania and would be tagging with Ronda Rouse. This obviously isn’t happening but there seems to be more to this story.

Pro Wrestling Sheet has confirmed this story and also elaborated on some finer details. Apparently, Batista was under the assumption that he would be in the match as late as January but after talking to WWE, nobody called him back even after multiple conversations about Batista filling the role as Rousey’s partner.

After being ghosted by WWE and Triple H it was said the next time Batista heard about this match was when Kurt Angle was announced as Rousey’s partner for Mania.

The thinking at the time was to apparently set up a Triple H vs Batista match for WrestleMania 35 as well but that might not be something WWE is interested in either at this point seeing how they didn’t call Batista.

It is strange that they would do this,but Batista will still be okay seeing how he’s still Drax The Destroyer.