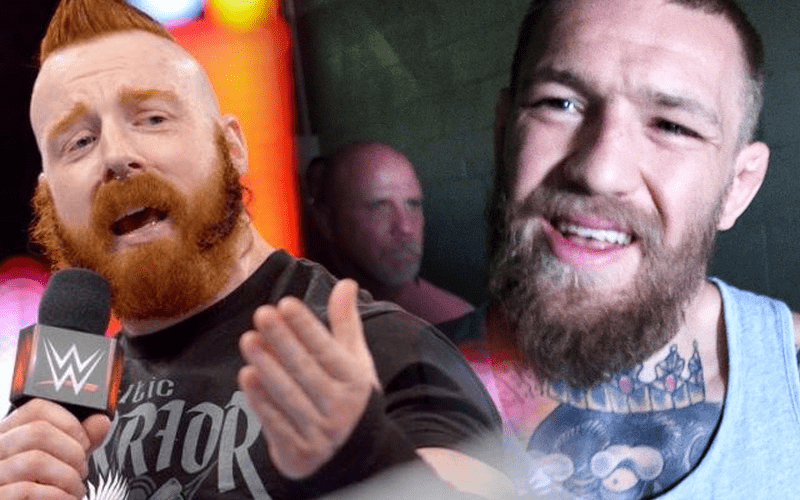 Talking about Conor McGregor is hard because the guy might actually jump on a jet no matter where he is on the planet and come find you, but let’s face it… Conor McGregor has something wrong with him.

Either UFC is turning in to a total work or McGregor needs to be in jail for a slew of charges that any normal person would catch for going ape like he did yesterday. But since he’s Conor McGregor it’s likely that he won’t learn anything except that his checks still cash just fine.

Sheamus recently took the opportunity to throw a little dig at McGregor with a simple image of one of Conor’s favorite things to hurl at human beings apparently. Seriously though, how UFC handles this Conor McGregor situation could set a dangerous precedent of how MMA fighters will be allowed to act in the future.

It might look like a dig at Braun Strowman, but Sheamus could have easily been taking two shots at once because he’s that good at trolling. After all, if he’s implying that Strowman should start flinging hand trucks at people to win at Mania, that doesn’t seem to be something he’s too good for either.