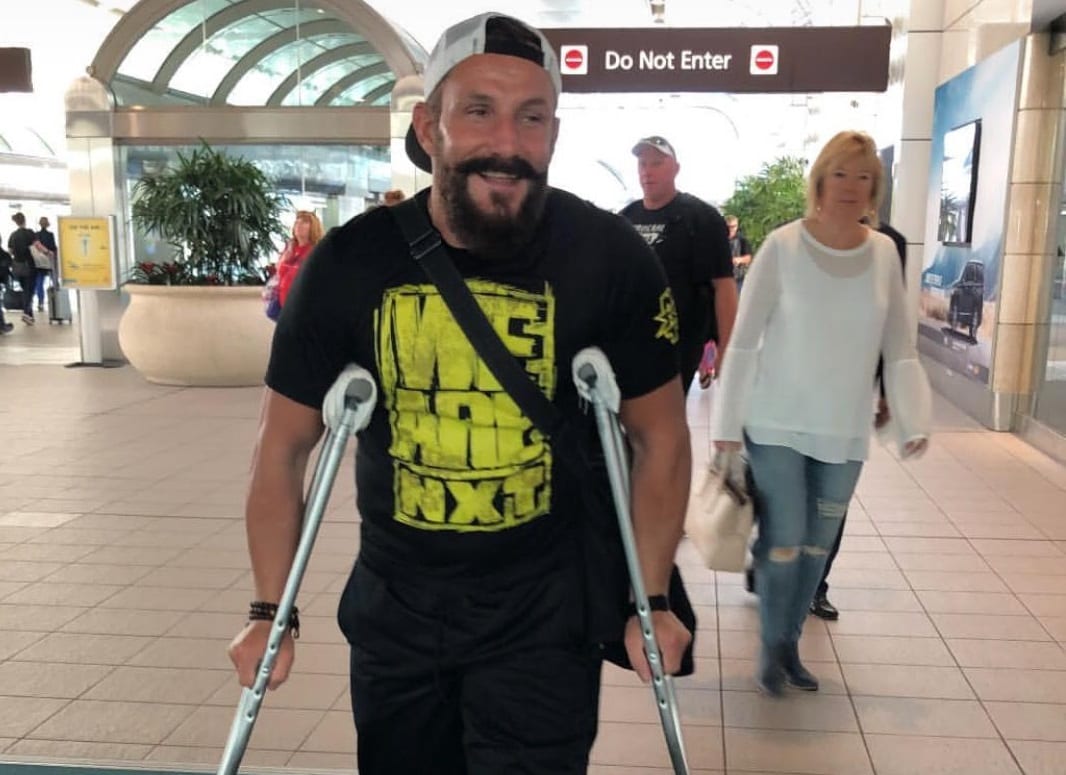 Bobby Fish won’t be competing at NXT TakeOver: New Orleans because he wrecked his knee a couple of weeks ago. He needed surgery and could be out for a very long time.

But Ricochet snapped a photo of Fish at the airport on the way to NOLA and Fish seemed to be all smiles.

It’s great that Bobby Fish seems to be in good spirits because he’s got a long road ahead of him. Hopefully, the rapid current of NXT talent won’t leave him swept away like it has for people like Hideo Itami in the past where a couple injuries set his progress back greatly and when he finally debuted on the main roster it was less than amazing.

NXT TakeOver: New Orleans will still be a great show though and it’s cool Fish is still going to be around to enjoy it. 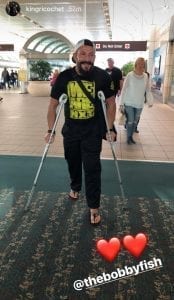