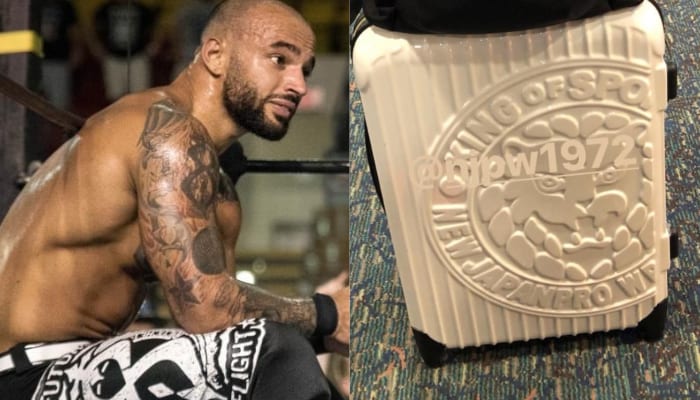 Ricochet’s first big match is coming up tomorrow at TakeOver and he made it to NOLA in style. But one bag he’s currently traveling with could be looked at as a bit confusing. Because Ricochet arrived in New Orleans with a New Japan suitcase in tow.

It looks like Ricochet could be giving some company a shout-out for creating this sick luggage for him, but if that was the case and this is custom work I wonder how hard it would be for them to whip up an NXT suitcase so Ricochet isn’t a walking contradiction.

Before everyone gets all butthurt, I realize New Japan was Ricochet’s home for a long time and he still loves the company as he should. But if we’re noticing this suitcase then I can only imagine someone else might notice that wouldn’t want NXT’s hottest new star seen airports lugging around an NJPW advertisement.

It’s still a really nice suitcase though even if Ricochet might want to swap it out for something a little more WWE-inspired or at least something that doesn’t have the logo of their biggest global competitor on it. 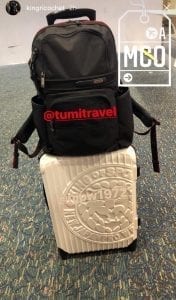