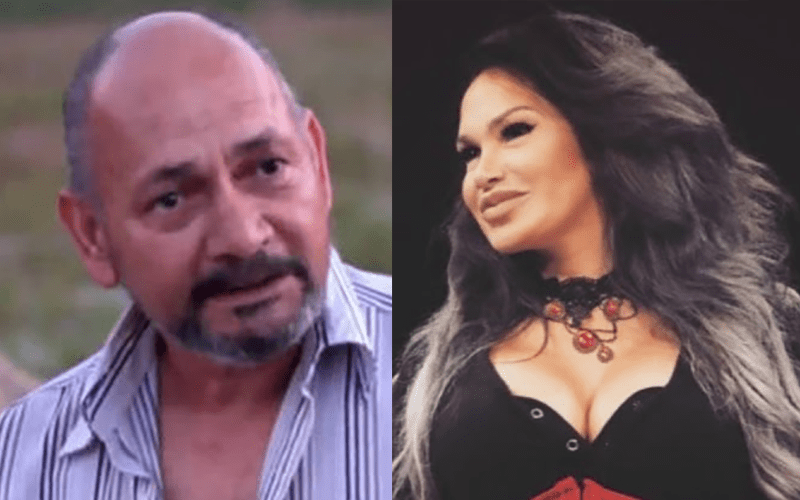 Everyone loves the WWE Hall Of Fame for a reason. The WWE Universe gets to see their favorite Superstars be themselves and really cut loose. After all, it’s not every day when Lana is allowed to drop her accent on WWE television unless it’s Total Divas.

There was also a moment with Matt Hardy where he didn’t speak in his usual Woken fashion either. His wife Queen Rebecca was by his side and she looked great. But apparently, it took some effort to look that good.

Reby Hardy sent out a social media message to let fans know that we should be thanking Senor Benjamin for her look on the WWE Hall Of Fame red carpet because he helped put her corset on.

After Benjamin was finished, he looked at his daughter and said, “don’t eat” which is something amazing to visualize. Thanks for the look behind the magic, Reby.

My dad helped me put my corset on, then said, "Don't eat".