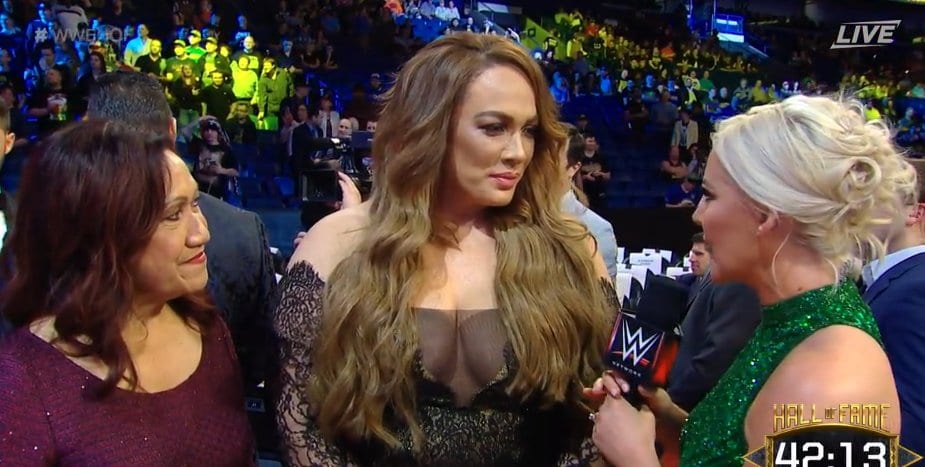 If you don’t believe that Nia Jax is The Rock’s cousin then she’s liable to pull out her cell phone and just call him to prove it to you. She didn’t need to phone The Great One during the WWE Hall Of Fame because she had all the proof with her that she needed in the form of Dwayne Johnson’s own mother

Nia Jax’s date for the WWE Hall Of Fame was The Rock’s mother Ata Johnson and they both looked very happy to be there. Not only is Nia Jax prepared for her big Mania match against Alexa Bliss but The Rock’s mother said she was very proud of her too.

This was a very awesome move on Nia Jax’s part for sure.