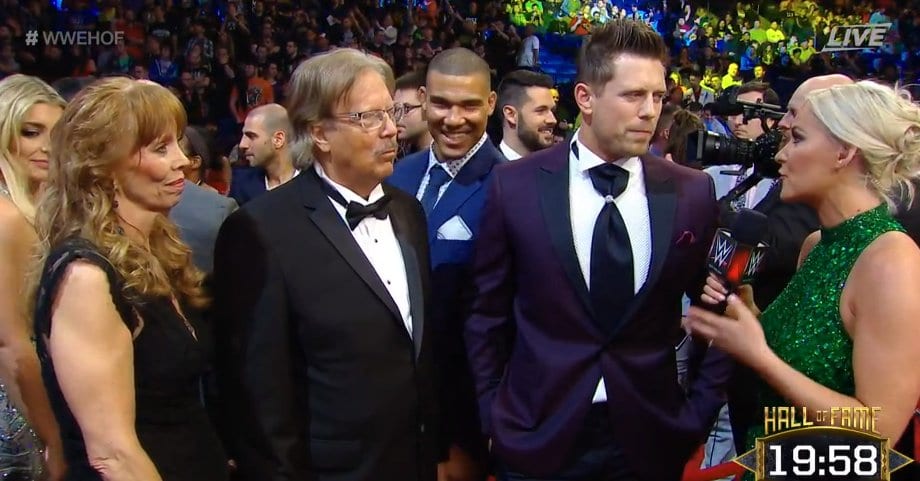 The Miz and Maryse recently brought their new daughter Monroe Sky Mizanin and she’s about to become the star of Miz and Mrs right off the bat.

Since Maryse couldn’t make the WWE Hall Of Fame, The Miz brought his parents as his dates to the Hall Of Fame ceremony. While being interviewed on the red carpet, The Miz’s parents revealed that they have unique names that they want baby Monroe to call them once she gets old enough to talk.

Apparently, Monroe Sky will be calling her grandparents Papa Georgio and Gammi Barbie if they have anything to say about it.

This brought up some chuckles when it was first mentioned, but the names kind of grow on you after a while.

The Miz might not be able to bring Maryse this year but he brought along the parents instead #WWEHOF pic.twitter.com/InhBjO6ljk