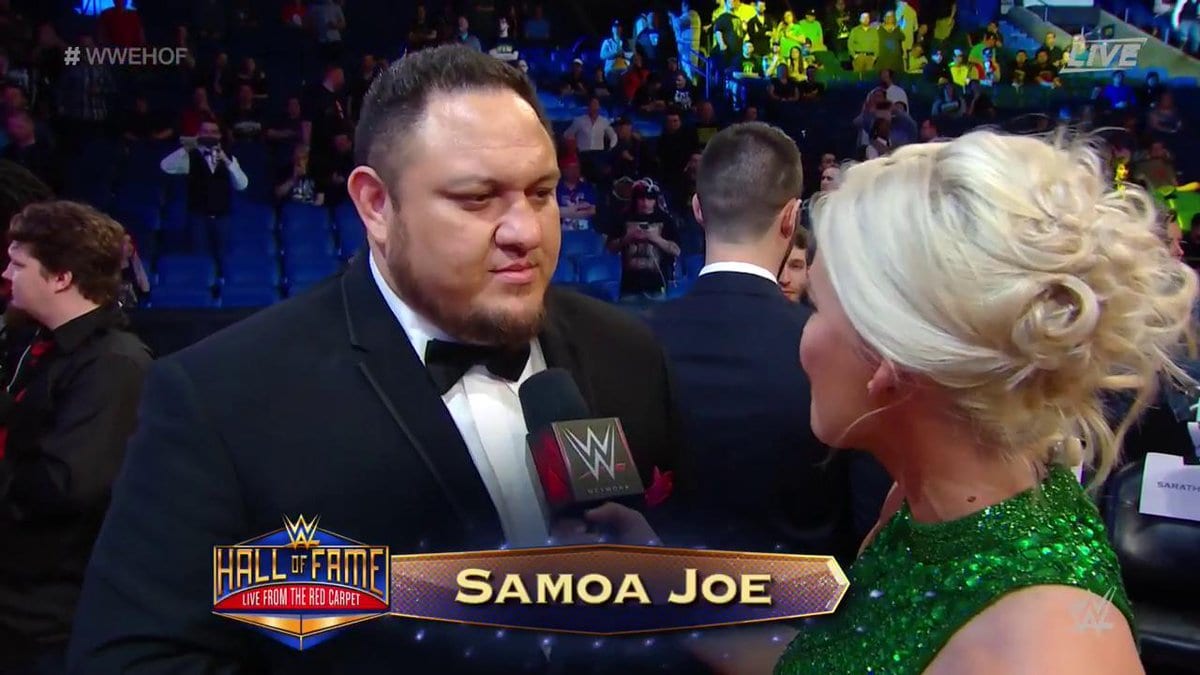 Samoa Joe appeared in the opening of WWE Hall of Fame Pre-show tonight. This was the first time he has appeared on WWE television in a few months since he suffering an injury.

While being interviewed by Renee Young, Joe mentioned that he’s been sidelined with an injury and he has been working on recovering. Joe said it’s good to be here [HOF ceremony] and he has a date for the event. Joe pointed out that Dean Ambrose couldn’t make it. Joe also discussed the importance of the Hall of Fame and how important it is to celebrate the ancestors of WWE.