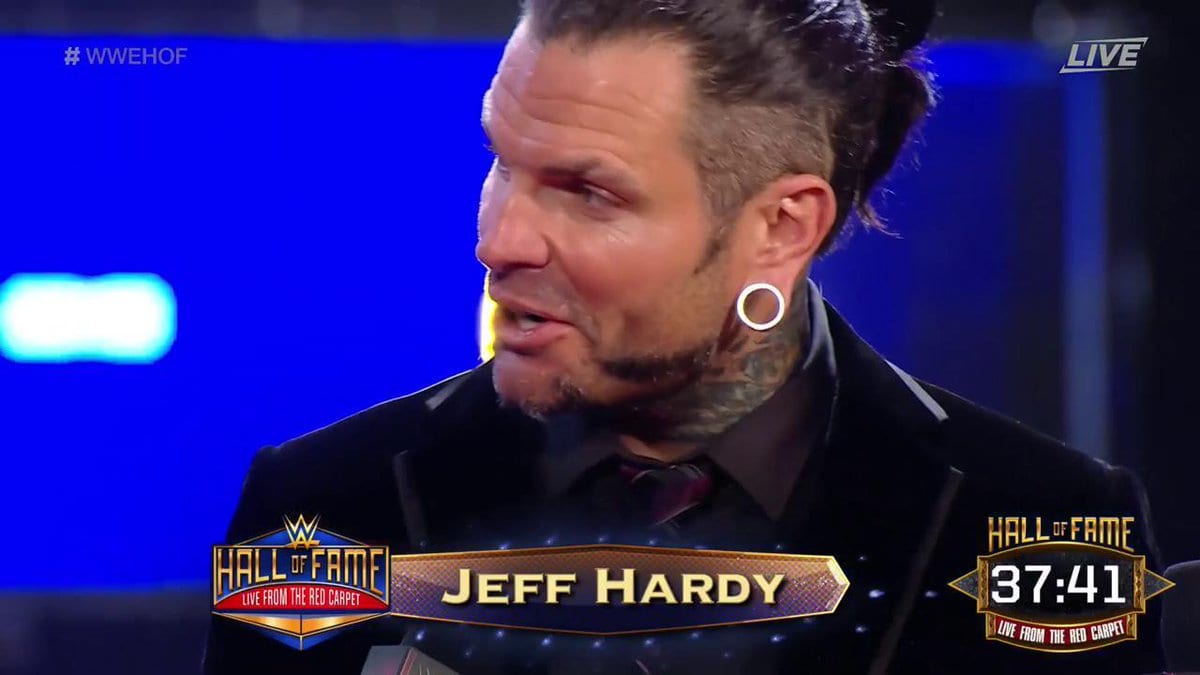 The WWE Hall Of Fame brought out every Superstar you can think of including Jeff Hardy. It was great to see him and he looked great and there’s a very good reason for that.

Hardy said he’s cleared to compete, he’s just waiting for a direction from WWE as to when he’s going to step back in the squared circle and what creative has in store for him.

Hardy also seemed to confirm that we could have another round of Ultimate Deletion around the corner.

“Hopefully, you will again because I was out there that night and I was so envious that I wasn’t a part of it you know it was super cold and it was super tough. And it was like, ‘okay this is a good start.’ There’s gonna be another one and I have to be involved to do a Swanton out of a tree or something that I can’t wait to actually see on WWE television.”

It sounds like Jeff Hardy could have some exciting things in his future once he returns possibly as Brother Nero once more. After all, Matt Hardy referred to Jeff as Brother Nero while he was being interviewed earlier in the night with his beautiful wife Queen Rebecca by his side.