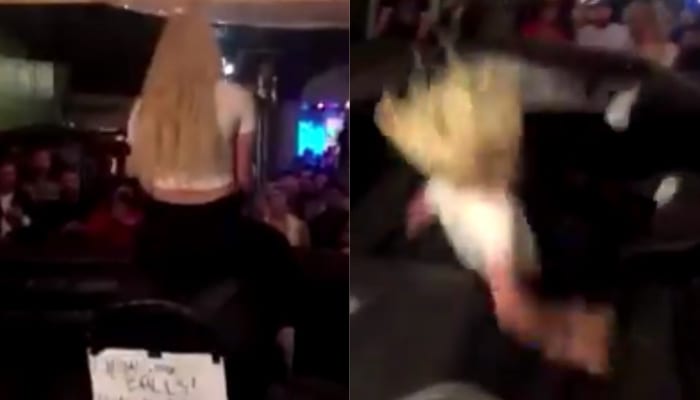 Morgan found herself riding a mechanical bull while cruising the Big Easy and it looks much easier than it really is because she just couldn’t stay on. Maybe there aren’t as many bulls in New Jersey where she’s from or at least mechanical ones.

You’d think she’d be better at holding on given her profession but she just found herself on her back. But at least Morgan appeared to be having a great time which is always the important part.