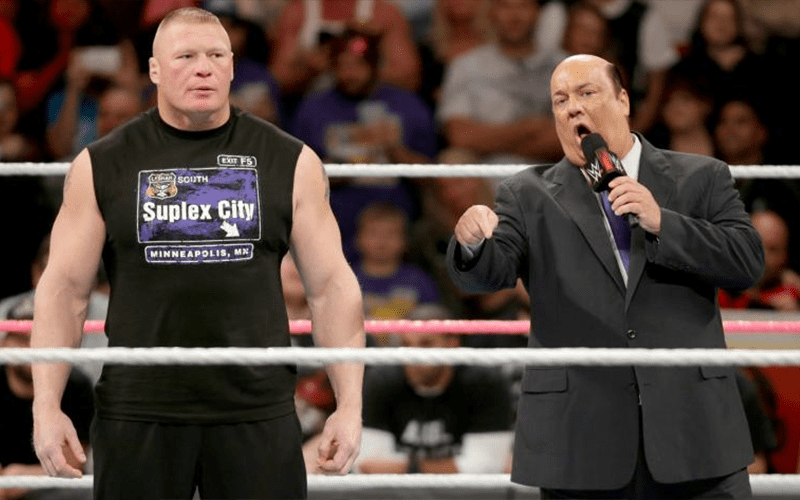 Heyman also noted that his own deal expires shortly after Lesnar’s and Heyman added that if Lesnar leaves WWE, so will he.

As previously reported, the belief is that Brock will actually be leaving WWE and heading back to the UFC to fight inside the octagon. There has been no indication at all that he is sticking around. We will keep you updated if we receive any additional information on Lesnar & Heyman’s status.