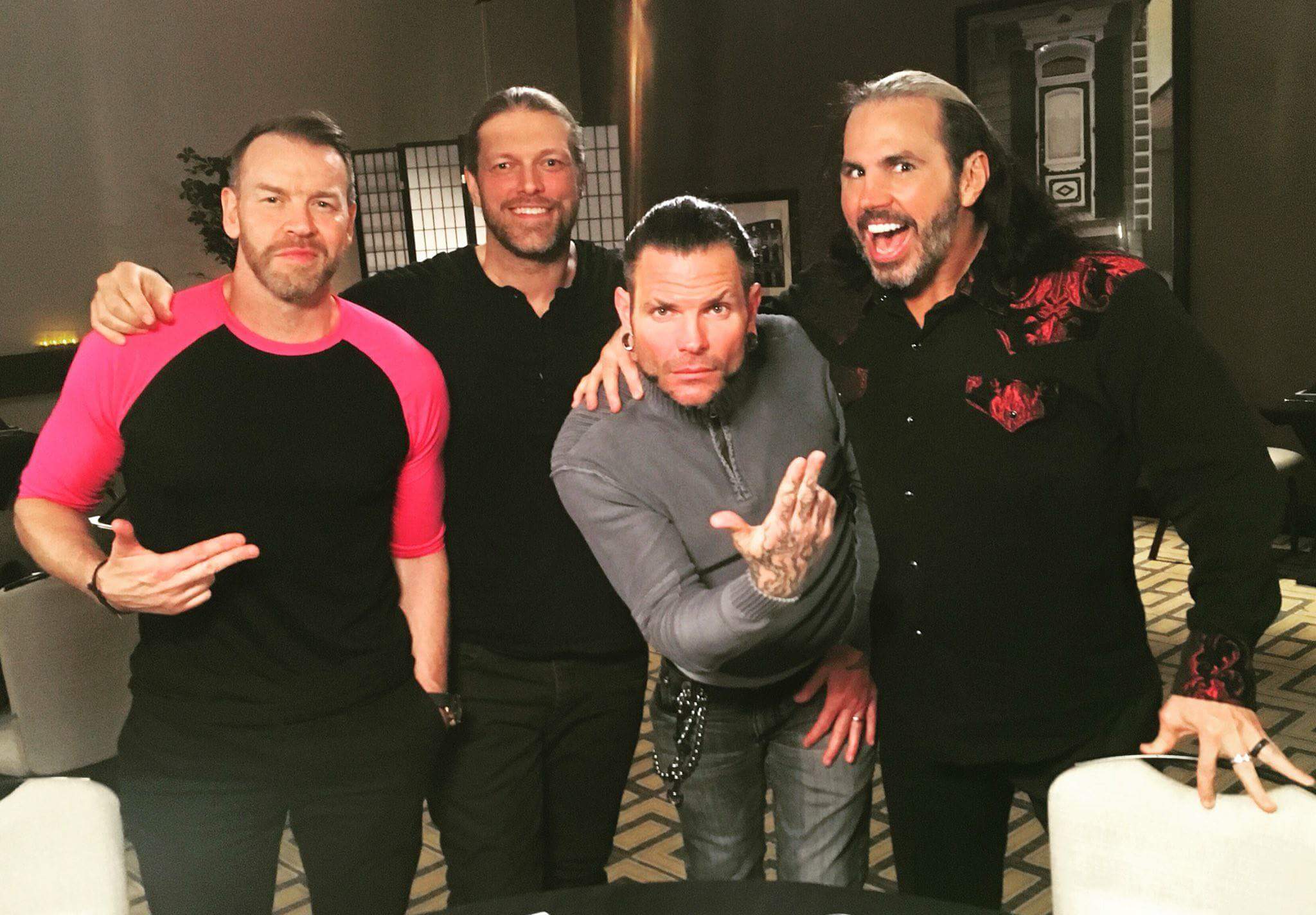 WrestleMania week has begun and so have the miracles that usually come with it. The Hardy Boyz, Matt and Jeff have reunited with their former arch rivals and fellow TLC creators Edge and Christian.

For anyone who has been a wrestling fan throughout the mid-00s would be well aware of the situation with Matt Hardy and Edge. The duo had real-life heat and animosity towards each other during their feud in 2005.

However, it seems like they’ve left those days behind them because The Hardyz are going to appear on Edge and Christian’s podcast. Also, Matt Hardy took to Twitter to post this photo of their reunion with Edge and Christian:

What do you think about this WONDAHFUL reunion? Let us know in the comments below…