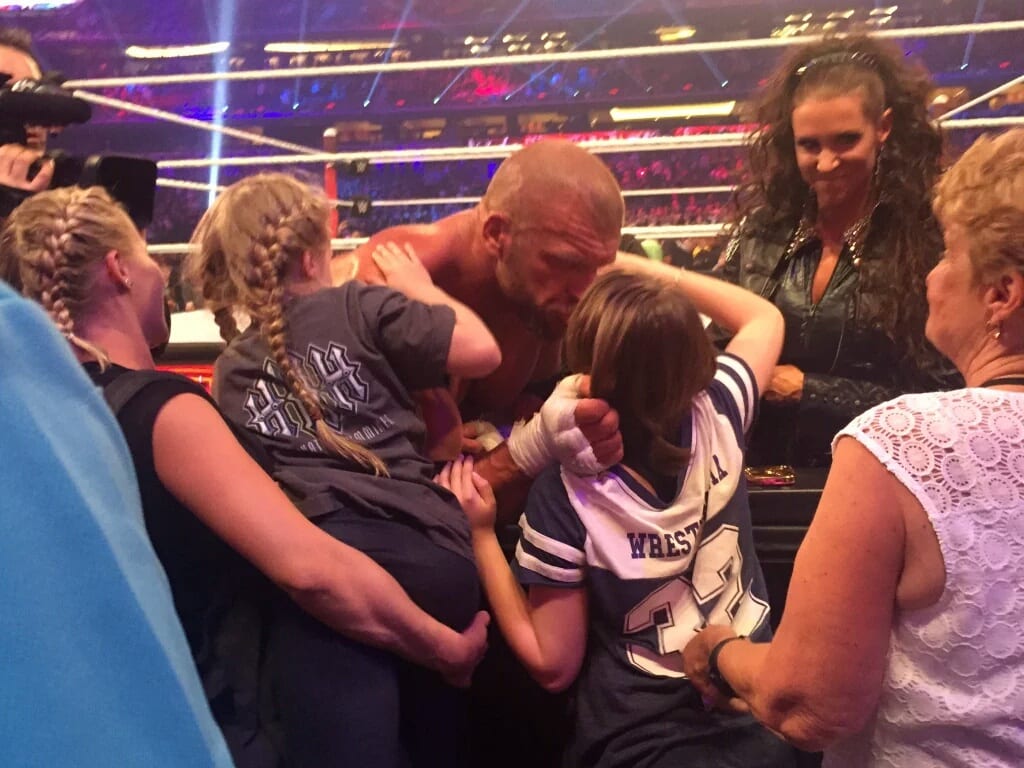 It’s always important to have goals and it looks like Triple H and Stephanie McMahon’s daughter has her eyes set on a pretty large target.

In a recent video for the Girl Up campaign, Triple H revealed that Stephanie told their daughter that if she works really hard then she will be able to do what The Billion Dollar Princess is currently doing but their little girl came back with a much bolder wish.

Triple H revealed that their daughter told her mother that she wanted her grandfather’s job when she grows up. She wouldn’t even settle for having Triple H’s gig either because she wanted Vince McMahon’s job instead. The girl must know what real power is because that move really impressed her parents.

This video features a few famous fathers telling stories for the Girl Up campaign, but you can catch Triple H telling this awesome story at the very beginning of the clip starting at the 20-second mark.

The moment I knew my daughter could change the world was when she told me she didn’t want to be a part of something, she wanted to take it over. Proud to join @GirlUp’s #DadSquad, supporting powerful girl changemakers all over the world! https://t.co/86DC3JWa0v pic.twitter.com/bkhpN0hVEJ