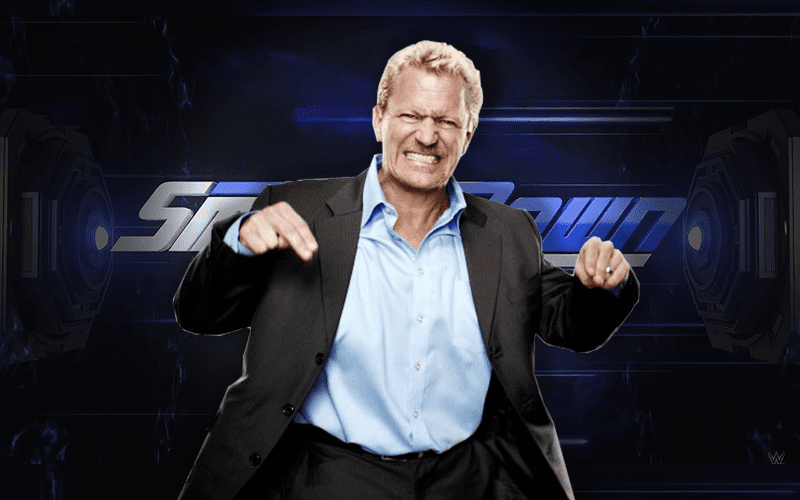 We noted last week via PWInsider Elite Audio that WWE creative was told to put together a list of names to replace Daniel Bryan as the SmackDown General Manager, as Bryan will be returning to action as an active member of the WWE roster.

Hulk Hogan was once rumored for this position and could still very well be in the running for the gig, however another interesting names making the rounds is Jeff Jarrett.

While very little details are known at this time, it’s worth mentioning that Vince Russo noted on his latest podcast that he has heard about these rumors but said the old Vince McMahon that he knew would think that Jarrett would be too southern for that role. Stranger things have happened though, so don’t count Jarrett out just yet.

As noted earlier on Ringside News, Jarrett was backstage at the SmackDown tapings in Nashville. This is Jarrett’s first appearance at a WWE event since the 1999 No Mercy pay-per-view event. Below is footage from Tuesday.

After 19 YEARS, @RealJeffJarrett is BACK in a @WWE arena in Nashville as his week leading up to #WWEHOF begins! pic.twitter.com/qhB2BZKbVx

As for now, Jarrett is only being rumored for the position and nothing is set in stone. We will keep you updated if we receive any other details.

Do you want to see Jeff Jarrett replace Daniel Bryan? Sound off in the comment section below…