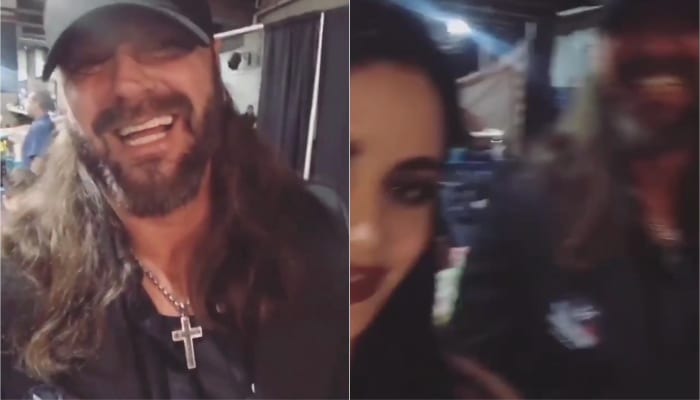 James Storm had a cup of coffee in NXT but he decided to go back to Impact Wrestling due to family obligations.

Since leaving Impact Wrestling, Storm has been on the top of his game as an indie wrestler and he’s still looking great.

But as RAW rolled into Atlanta Georgia this week it looks like Storm decided to show up and say hi.

Paige brought attention to Storm’s backstage whereabouts on her Instagram story where he refused to be called “James Storm” and corrected her saying his name was “James Strom” which is a very clever alias.

He could have been justing hanging out and having a good time, but who knows what the actual reason for his appearance is? With WrestleMania coming up so close and Braun Strowman in need of a tag team partner, anything is a possibility at this point.