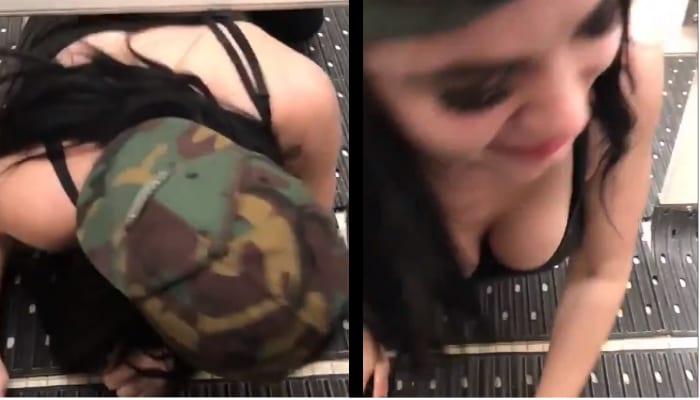 Paige and Nia Jax are very good friends and often post videos of their antics on the road. But this one could border on gross in some ways.

It’s hard to tell exactly where they are but it appears to be a bathroom judging by the door and the sinks you can see at the end of the video. It also appears that Nia Jax locked herself in for a reason because she needed privacy.

But for whatever reason Paige decided to climb under the door which not only looked great but was pretty hilarious. All is good though as Jax just kicked Paige out after she went through the trouble of crawling on the floor.

It’s pretty disgusting if Paige is crawling on a bathroom floor like this. Let’s just hope she washed her hands after pulling off this little prank.