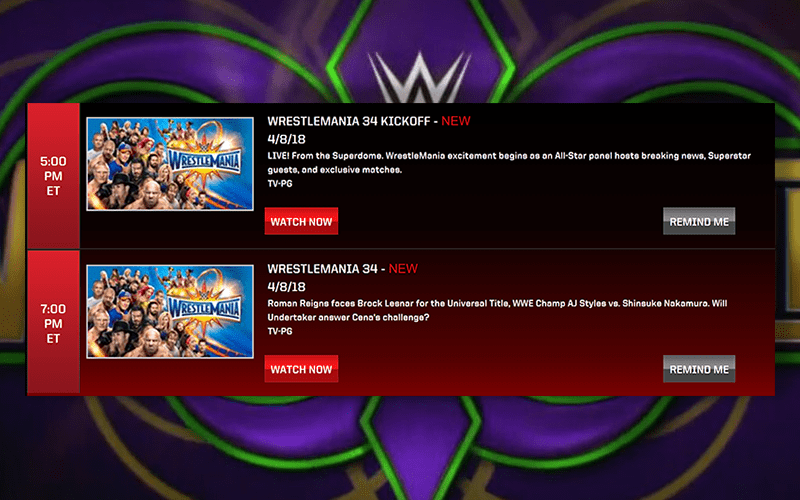 WWE Network recently updated their programming schedule with the estimated times they assume the show of shows will run.

-Starting at 5pm EST, the WrestleMania Kickoff show will begin featuring any pre-show matches and giving exclusive interviews and content headed into WrestleMania 34.

-The main card begins roughly at 7pm EST, which will feature 14 matches (assuming that Cena/Taker gets added) and will run until 12am April the 9th. The WrestleMania replay will begin immediately afterwards.

Last year the show was slotted for six hours but went well over seven and had two LESS matches. Not necessarily complaining, but if you’ve ever wondered why the stadium isn’t packed to the brim for the kickoff this could be an indicator. Too much product eventually can wear an audience down. This is exactly the type of thing Triple-H is trying to avoid if he ever gets rewarded with a heavy Takeover card.

You excited for a literal third of your day to be filled with WWE action?