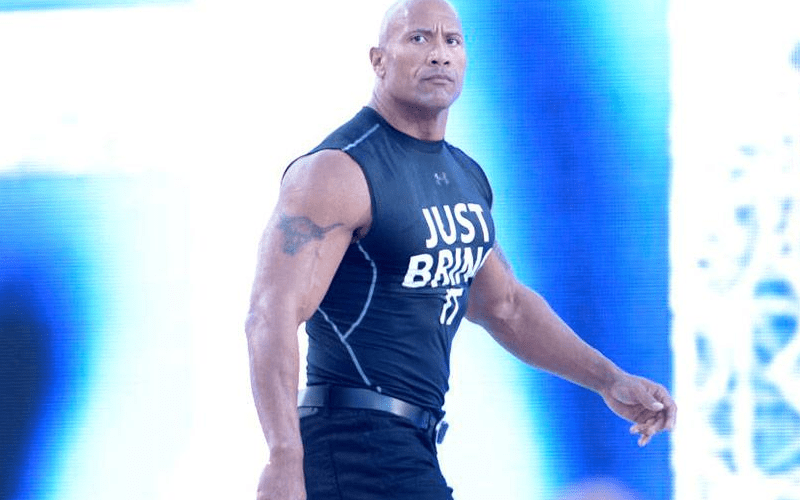 The Daily Star reports that Oddsmakers are suggesting The Rock will be competing at WrestleMania 34 in New Orleans.

Apparently there is a “99% chance” that The Rock will be appearing at WrestleMania in two weeks. Oddschecker spokesperson George Elek explained the following to The Star:

“The Rock is still one of the WWE’s biggest names and an appearance from the Great One would spike interest and generate huge publicity for Vince McMahon’s business.

“The bookies believe he is almost certain to appear once again at The Showcase of the Immortals and 1/100 implies a 99 per cent chance that we will see The People’s Champion inside the Squared Circle.

“If bookies are right, then that’s exactly what will be happening come Wrestlemania 34, with a predicted 99 per cent chance of it happening.

“For perspective, that’s the same chance of Spain beating the Faroe Islands or San Marino.”

We are able to confirm that as of last week there were no plans at all for The Rock to appear at WrestleMania this year. It is very possible that an agreement between The Rock & WWE was made over the weekend.

We will keep you updated if we receive any other details on The Rock appearing at WrestleMania.