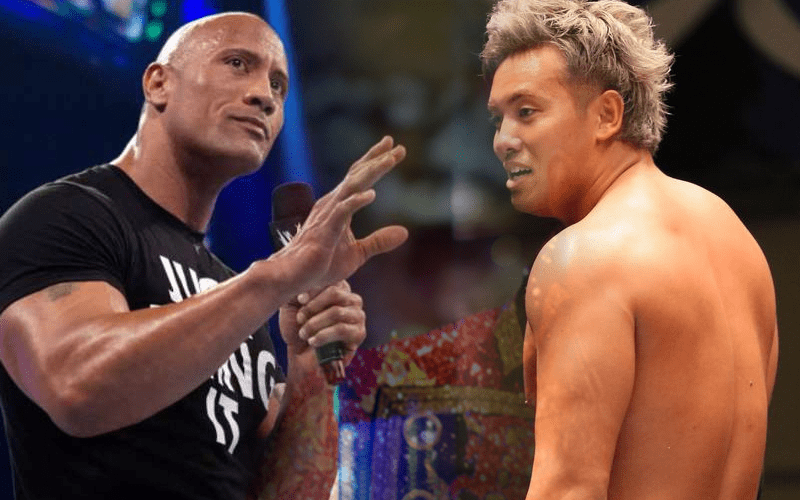 The longest reigning champion in IWGP history and Pro Wrestling Illustrated’s top wrestler of the year Kazuchika Okada was in Los Angeles for New Japan’s most recent Strong Style Evolved show at the Walter Pyramid. While touring himself around the town Okada sent a picture of the Rock Bottom Brewery sign and tweeted it at The Rock himself.

While this was just a gesture of good fun, the wrestling universe immediately started debating about how exciting the prospect of that match could actually be.

Okada’s current title run is closing in on 700 days and 10 successful title defenses. His next opponent will be the New Japan Cup winner Zack Sabre Jr. at Sakura Genesis. That is of course…unless the Great One decides to step up to the plate.

If anything…it shows that Okada is quite good at sign pointing, something that WWE stars have become accustomed to.