Ryback points out that Cena versus Undertaker seems to be the direction WWE is headed for WrestleMania. He thinks the buildup for this match has sort of been all over the place with Cena cutting some confusing promos, but he’s well aware that the writers at WWE are often under strict time constraints. They’re often forced to just get something on paper for RAW and Smackdown, and then they get up the next morning and try to make some sense out of it. 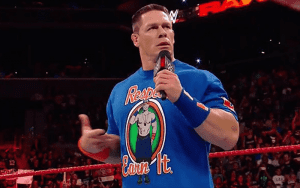 Ryback comments on Jeff Hardy’s recent DUI. He says this news sucks because Hardy has been through things in the past and he seemed to be getting some control over his demons. He points out that people shouldn’t judge others, but there’s also no excuse for getting behind the wheel intoxicated.

Ryback also points out that Hardy has been home injured, and when you’re sitting around with nothing to do it’s a lot easier to make mistakes. He says Hardy is a great guy and everyone makes mistakes, so he hopes things work out for him in the future.