Ryback begins today’s show by speaking about Jon Bravo’s recent claims, in which he accused several people including Lesnar, Reigns, Cena and more of using steroids. Bravo released a video this past weekend which Ryback found interesting, even though Bravo failed to provide much proof to back up all of his claims at this point. Ryback thinks Bravo’s next video might shed more light on his accusations, because it’s clear to Ryback that Bravo knows what he’s doing. 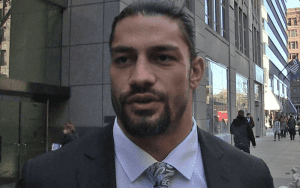 He goes on to say that he’s praised WWE’s Wellness policy multiple times in the past, but there are definitely holes in it that need to be addressed. He suspects that this whole controversy might force the company to look at these holes and attempt to patch them up. He adds that having low testosterone is actually very unhealthy and he suspects there are lots of performers on that roster that suffer from low testosterone. For this reason he’d like to see WWE alter the policy to allow talents to utilize Testosterone replacement therapy.

Ryback has admitted to utilizing steroids in his 20s and he says they’re horrible. He also understands that in a very competitive environment like WWE (where it’s common knowledge that Vince McMahon likes big bodies), people often succumb to the pressure and feel the need to utilize steroids in order to keep up with the competition around them.