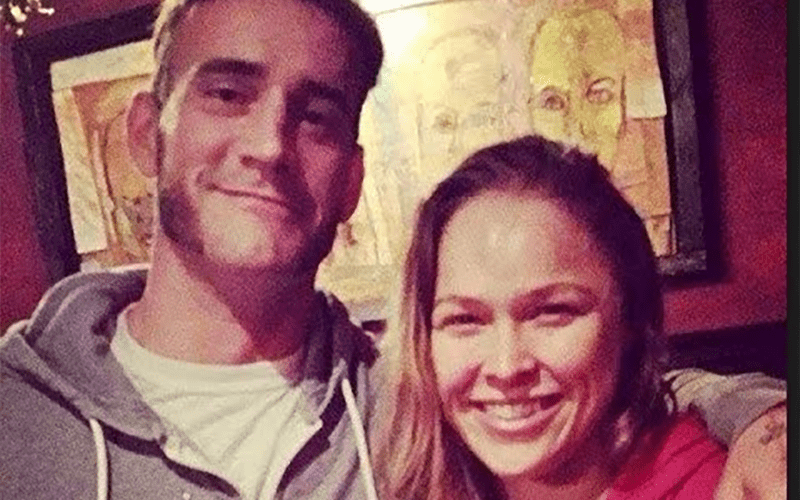 While speaking to The Metro, Ronda Rousey was asked about the possibility of CM Punk returning to WWE and mentioned that she believes everyone would love to see him back in the company.

“I think everybody on Earth would love to see him back in WWE, and I would completely fall all over myself and be honoured if he wanted to be involved with me in any way, shape or form. But also, it’s not all about everyone else.”

Ronda talked about how Punk is doing what he enjoys now and that’s fighting and not WWE.

“It’s his life and it’s about him. He’s doing what he enjoys, what he’s passionate about and what brings out the best of him. I’m sure there’s a lot of people that wish I would come back to fighting, but you know what, I don’t fight for them, and he doesn’t wrestle for us. He should do what he wants to do and what makes him into the person he feels like he’s meant to be. If that’s fighting right now, then all the power to him. Fight to your hearts content. Everyone in the world knows he has a gift for wrestling and he has something special, and if he ever feels like sharing it with us again, then hell yeah, please, even if it’s not with me, I just hope I’m there to see it. If he never wants to get back in that ring again, he has every reason not to, and all the respect in the world from me.”

Do you want to see CM Punk return to the WWE? Sound off in the comment section below…