Lane opens today’s show by playing a clip of Wrestling Observer’s Bryan Alvarez talking about Asuka’s recent promos. Alvarez says that he could understand most of her promo but others might not due to the language barrier. Russo jokes that as long as Alvarez understands then apparently that’s all that matters. Russo finds it strange that Alvarez admitted that some people mightn’t understand her promos, but yet he still refused to admit that WWE shouldn’t have given her a live mic on live television. 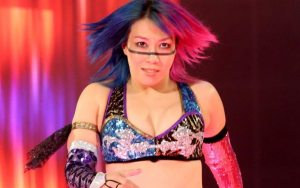 Podcasting Kevin Gill tweeted out this past week that he’s become a fan of Alvarez on Wrestling Observer Radio. Russo wonders what would make someone a fan of Bryan Alvarez, suggesting that maybe it’s Alvarez’s backyard wrestling prowess. Russo points out that you can’t be a fan of Alvarez’s knowledge because he has none.