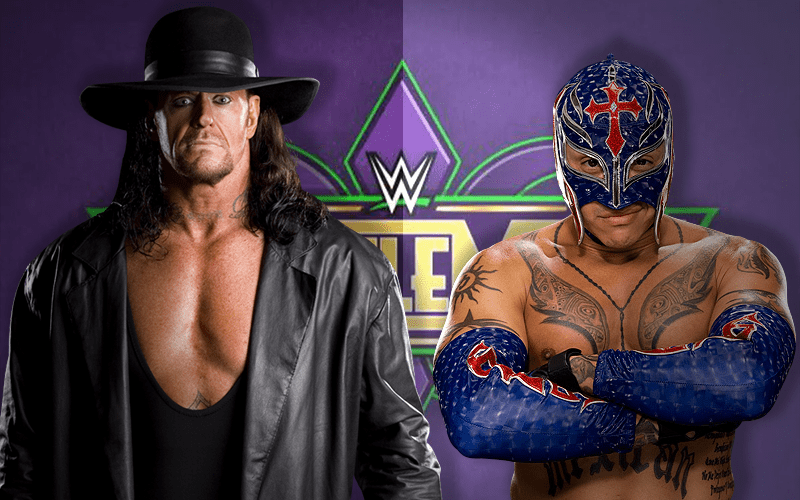 During today’s installment of Wrestling Observer Live, Bryan Alvarez discussed Justin Barrasso’s rumor that John Cena will be facing Rey Mysterio at this year’s WrestleMania 34 event. Alvarez believes that unless there was a big change, that it’s very unlikely that match will happen.

“I would be stunned if it was John Cena vs. Rey Mysterio at WrestleMania. Unless there has been a big time change, the match is still John Cena vs. The Undertaker.”

“Now, is Rey going to sign, is he going to show up at Mania’?, Probably. I don’t know, but I do not think that they would be building up Cena vs. The Undertaker only to give you Cena & Mysterio. It would be a bad idea, I don’t think there is anything to the story. It’s going to be Undertaker & John Cena at WrestleMania.”

Alvarez also pointed out that The Undertaker has been training like crazy and the only way he could see the match being changed is if Taker injured himself while working out.

“Undertaker’s been training like crazy. Unless he tore off both his arms and legs training over the last week, that’s going to be the match. So there you go.”